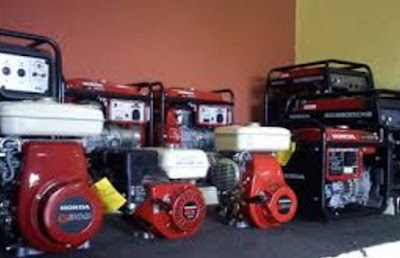 Ayomide, who resides at Mammy Market, Mararaba, was convicted on a two-count charge of house-breaking and stealing.

The Magistrate, Mr Patrick Epu, who convicted Ayomide, said that he has no fear of God.

“What made you steal in a place of worship, does it mean that you don’t fear God again, what gave you the mind to enter a church and steal the generators.

“Your punishment would have been more severe if you have not admitted your guilt and ask for leniency, and also because you are a first time offender, ’’ the magistrate said.

Earlier, the prosecutor, Olusegun Fabiyi, told the court that matter was reported by one Asmbo Philemon, of Koroduma in One Man Village, Nasarawa State on July 24.

He said that the police during investigation found the two generators in the possession of Ayomide.

“The two generators were recovered in the possession of the accused and he was arrested by the police,’’ he said.

Ayomide pleaded guilty to the offences and begged for leniency and forgiveness.

“I don’t know what come over me, I am sorry for what I did, I will not repeat such act,’’ he said.

The offences contravened Sections 347 and 288 of the Penal Code.

Continue Reading
You may also like...
Related Topics:driver, generator, steal