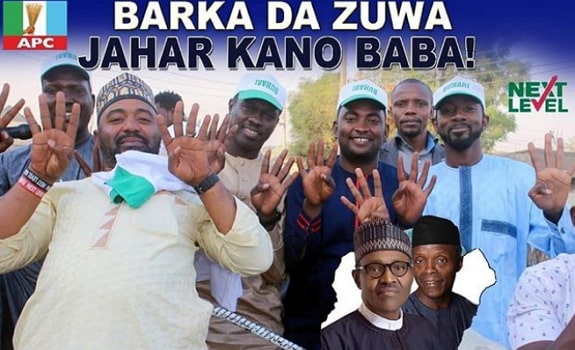 Buhari leads Next Level campaign team to Imo and Abia Some of the famous Kannywood singers such as Ado Gwanja, Ibrahim Yala and Rarara Kahutu performed at the event to the joy of the APC supporters. Comedians such as Baba Ari and Rabiu Daushe, also performed as they supported the singers by dancing through the crowd and making people laugh.

Major stars such as Ali Nuhu, Sadik Sani, Zainab Booth, Rukayya Dawayya, also attracted spectators at another side of the Arena.

Buhari, others arrive Plateau for APC Presidential Campaign The crowd cheered the artistes while some danced to the tunes and hailed the APC and its candidates. NAN reports that the artistes had earlier in the week conducted a mass rally in the city to mobilise supporters ahead of the rally. 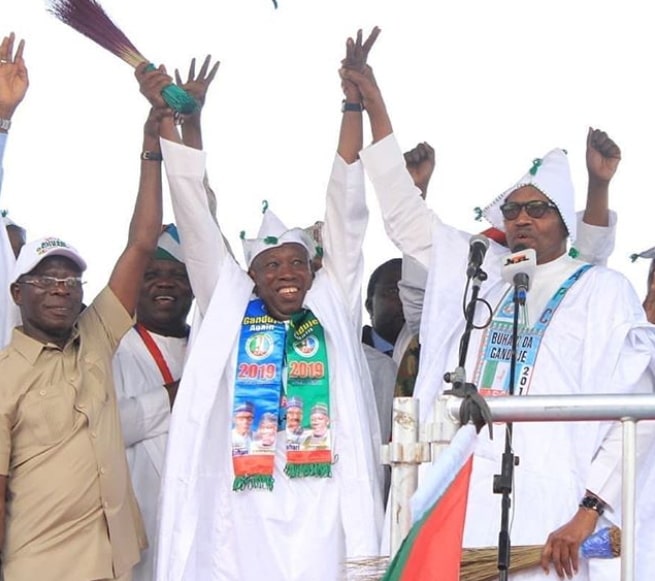 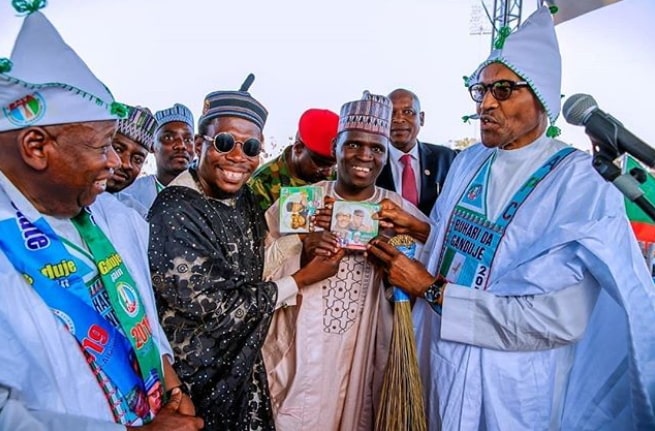