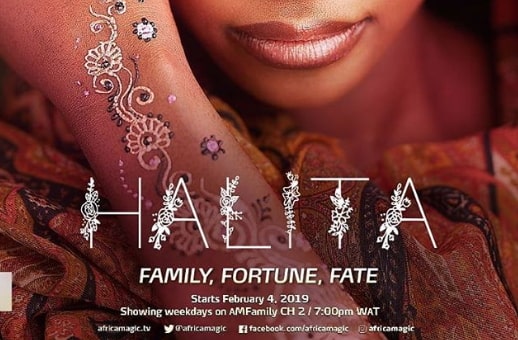 ‘Halita’, a new drama series set in the northern part of Nigeria and parading several Nollywood stars, is set to hit the airwaves from February 4.

It tells the story of a young woman who is forced to flee the village and a crooked suitor, only to face the intrigue and drama of a new life in the city with a powerful family.

Can a village girl impact a set of people set up high on their ego, wealth, secrets and insecurities? This one mystery that the viewer will have to unravel after seeing the series.

Some of the cast members of the new drama series are Ummi Ahmed, Boma Elamiena and Eddy Madaki.

At an exclusive media screening of the first episode in Lagos on Wednesday, the Channel Director, Africa Magic, Wangi Mba Uzoukwu, described the project as “a tale of family, fortune and fame.”

“Halita demonstrates yet again our commitment to telling the best stories out of Africa for Africa. It is guaranteed to provide the exciting entertaining content that the Africa Magic channels are renowned for.

“The production values are stellar, and the performances are worthy of critical acclaim. Lovers of exciting African entertainment content would do well to tune in and watch the show,” she added.