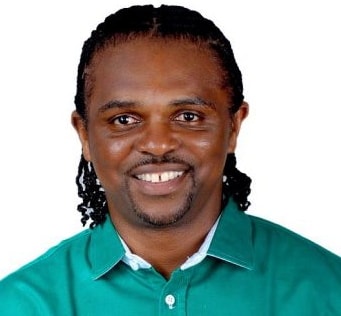 It is no longer news that the $11,000 about (N4millon) stolen from former Arsenal and Super Eagles forward Nwankwo Kanu at the Sheremetyevo airport in Russia has been recovered by the police and given back to him.

The former Portsmouth ace had hit Russia via London to participate in FIFA legends game which took place at the Kaliningrad where Nigeria incidentally will open her quest for glory with a clash against Croatia on June 16.

The robbery which was reported by the Russia News Agency, TASS revealed Kanu on arrival at his hotel discovered that the money had disappeared from his baggage leading to the involvement of the police, and within a short time the police had taken two luggage handlers into custody confirming later that the money has been recovered and handed back to the two time African Footballer of the Year. An elated Kanu confirmed that he has indeed received the cash back.

The swiftness with which the Russian Police handled the issue ensuring that positive result is achieved in less than 48 hours is no doubt worthy of commendation and an indication that the Russian Authorities are indeed set for the World Cup.

There is no denying the fact that light fingered persons abound everywhere and more so at venues when the entire world would be converging.

The Kanu missing but found cash episode may have sent warning signs to those heading to the world cup to be very careful at the same time it has left no one in doubt that the Russian Authorities are prepared to battle such vices to a standstill if and when it occurs. With CCTV cameras reportedly mounted virtually everywhere it is certain that those who chose to be on the wrong side of the law during period of the World cup will not be having a tea party.

The lesson to be learnt in this short episode is that a system that works can be trusted to deliver when it matters most.

Few months ago it was reported that thieves broke into the home of former England captain John Terry while he was away on holiday with his wife.

He had posted a picture where he was skiing with his wife Toni on holiday on Instagram. The thieves carted away jewelries and other materials worth over £400,000. It didn’t take long before the burglars were caught and jailed. With a system that works those who choose to run fowl of the law will ultimately be boxed into a corner by the law!