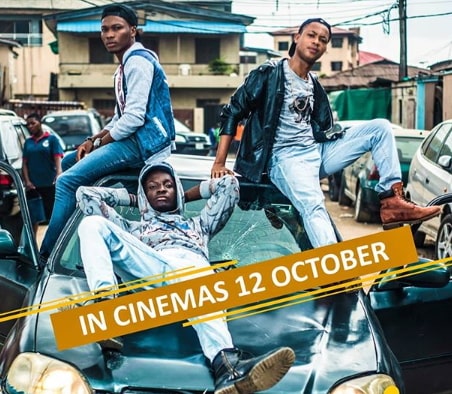 Kasala, a ghetto sensation film by Ema Edosio, Kasala, will take its chance at the Nigerian cinema, as a flick that balances art appreciation with commercial edge when it opens to the big screen on October 12, 2018.

Deploying the odds to touch all aspects of cinema success, Edosio’s use of the camera to tell a simple story is phenomenal, and she is more optimistic than ever that neither low budget nor lack of artistic understanding by some audience is a burden.

“I strongly believe that there’s a shift happening in Nollywood, and the reason I say this is because there are lots of filmmakers like us who have deciding to make stories that matter to Nigerians and also affect Nigerians. The recession in Nigeria shows attraction for this kind of stories and I am determined to make more of this kind of stories,” Ema says.

One would better understand Ema’s conviction when they see the film, because they would somewhat see themselves and their coming-of-age experiences in ‘Kasala’.

The film follows four boys living in a Lagos suburb, a community like Ajegunle, Makoko and Mushin that will hit many with nostalgia as the story of TJ, an aspiring musician and his three other friends unfolds.

TJ’s uncle loves his car. When TJi and his friends take it for a joyride and crash, they know they’d better get it fixed before he gets home. When they turn to famous Lagos street hustles and get-cash quick schemes, things start to get really crazy.

Kasala, a local parlance for ‘trouble’ is what this film is all about from start to finish. This one long day’s struggle by the four friends in a close-knit community is the center of the story that affects their individual families, neighbors, a despicable gang, a mechanic, a panel beater, a butcher, food vendor, a lotto spot… name it – everything and everyone that makes happenstances in a community what it is – the good, the bad and ugly.

Interestingly, this potpourri has something for everyone, despite a tight budget.

“It is a very small budget but I really wanted to make things come to life. I shot, produced, directed and edited it to make it happen. We didn’t have a millionaire budget, but with determination, this film has travelled to about 18 film festivals. We have also been invited to London by the Royal African Society to close their festival.”

It was a project that was meant to succeed from the start, because the filmmaker, who had worked with BBC knew what the world wanted.

“I worked with the BBC and did a lot of documentary for them and going into this communities rather than the narratives about people in such communities being sad, the world has something new to learn because as portrayed in the movie, there’s a sense of pride among these Nigerians from the low income area and I wanted to show this aspect of Nigeria,” she said.

According to her, the movie is also a tribute to Lagos “because in order to survive in a city like Lagos, in order to survive in Nigeria, it’s a constant struggle, and it shows the tenacity of Nigerians. It goes against the lazy youth narrative where you see young boys in their day-to-day lives, even though the society in some ways has failed them.”

As the movie – one of Nigeria’s bests in the year so far comes to the cinema – cinema operators who had thought it would be too artistic for their audience must have reevaluated the interest of film enthusiasts in Nigeria.

Continue Reading
You may also like...
Related Topics:kasala, movie, nollywood