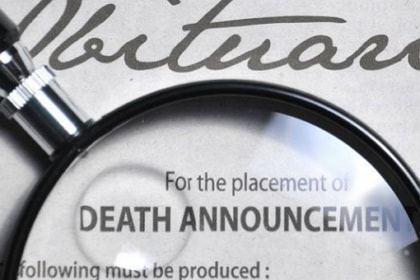 Check out this not so cool obituary two children abandoned by their mother posted in a national newspaper. 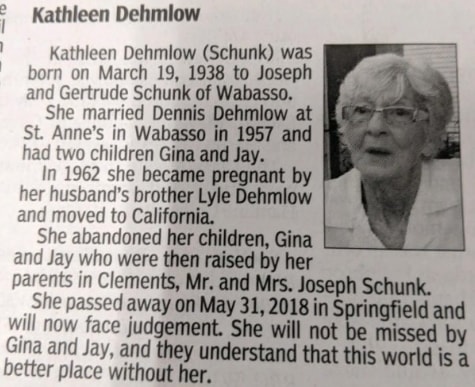 Heartbroken Gina and Jay Dehmlow Paid huge money to post the unkind obituary in Redwood Falls Gazette Newspaper for their recently deceased mother, Kathleen Dehmlow who died at the age of 80.

According to the obituary, upon marrying Dennis Dehmlow in 1957, the couple had 2 children, Jay and Gina.

She later abandoned them with her parents and ran off with her husband’s brother.

She eventually became pregnant for her husband’s brother Lyle Dehmlow and relocated to California without checking on her children.

The abandoned kids of then who are now adults were raised by Kathleen parents, Mr and Mrs Joseph Schunk.

The obituary went viral on the social media last week Thursday with many blaming Gina and Jay for disrespecting the dead while others believe she deserves the insult for not caring for her children.