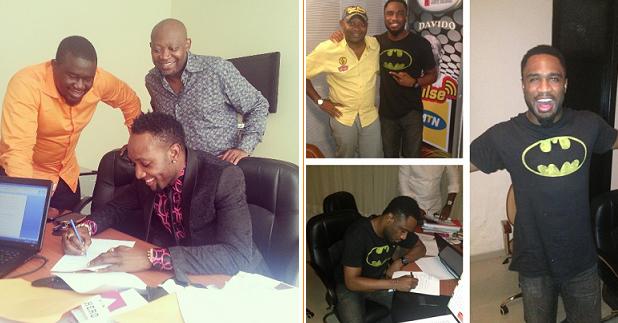 Telecommunication giant MTN has stepped up their campaign to sign popular Nigerian musicians and entertainers into their brand.

Few weeks after signing Flavour Nabania, Waje and Omawumi, MTN has signed 2 other set of singers namely Praise Adejo aka Praiz and Kingsley Okonkwo aka KCee.

The stars joined the long list of top stars who have signed multi-million naira endorsement deals with MTN.

Praiz & KCee signed their own deal on Wednesday.

This is a smart move by MTN to outshine their competitor, Glo who has signed hundreds of star into their brand in the past months.