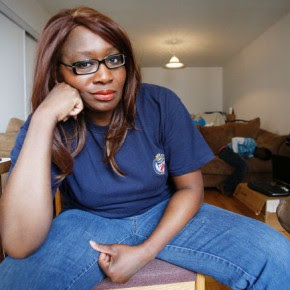 Few hours after she threatens to kill herself if President Jonathan wins re-election in 2015, the daughter of former governor of Oyo State, Kemi Omololu Olunloyo has closed down her Facebook account.

According to her, 115 Nigerians want her dead. Kemi said she’ll rather close her popular Facebook page instead of killing herself.

Hear Kemi in her own words:

“115 Nigerians wished me Suicide!It was as joke that our people play with such a thing when I cracked a joke that I will commit Suicide if Jonathan wins 2015.
Not only did they not look at the bigger pic that he will win b4 I kill myself, they all had different ways for me to do it and wished it so bad.

Say no to suicide. It is not a joke
#RIP to all we lost in the struggle
My fanpage is now closed PERMANENTLY”

As at the time of our check this morning, Kemi Olunloyo has deleted her popular Madam Governor fan page located at https://www.facebook.com/MadamGovernor‎.

Hahahahaha this woman is funny. She gave me a good belly laugh…

Why play with something you don’t want in the first place.