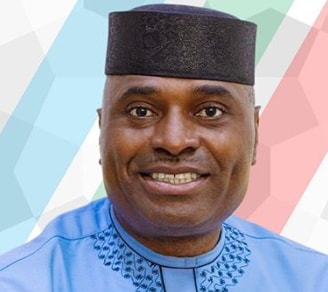 Kenneth Okonkwo To Critics: No Apology For Supporting Buhari… 8 Years Of PMB Will Be Better Than 16 Years Of PDP

Nollywood legend Kenneth Okonkwo has come after those criticising for throwing his support behind President Buhari’s second term bid.

The actor had said that the South Eastern part of Nigeria will be in the wilderness if they fail to vote for Buhari in 2019.

In his reacting to the criticism he got from people from the South East, the actor said he can’t but laugh those cursing him as he is entitled to his personal opinion.

“My attention has been drawn to some negative comments and curses poured out against my person by some ignorant and satanically motivated persons because of my preference of President Muhammadu Buhari as President of this country for his incorruptible and firm character against enemies of Nigeria.

“I have been laughing at their ignorance and wickedness. “First, these men have not offered any alternative party or Presidential aspirants to challenge Buhari or be compared with him.

“Second, they claim they are Igbos but forgot that in Igboland, it is a cardinal principle and custom that you must respect someone’s personal opinion and must not curse the person, if what the person simply did was to express his opinion and nothing more, “uche onye adighi ya njo”.

“Even if a person says anything you don’t like, provided he did not curse you, you are permitted to throw away his words but restrained by custom and tradition not to do anything to him.
“Third, God himself created man a free moral agent to hold his thoughts and express his opinions as he wishes. He did not even compel man to worship Him.

“So these army of ignorant and wicked men are simply trying to rudely and crudely interfere with my traditional, constitutional and religious rights to freely express myself and hold an opinion, belief and thought as I so wish.

“Let me reiterate that I am a follower of President Buhari and believe in his integrity and good intentions to better the lots of Nigerians and that of Ndigbo and I have no apologies for this.

Whoever disagrees with me should produce his own strong reasons and better alternatives.

“Just to remind you but a few. Before Buhari came in, terrorists bombed to pieces, 88 persons at Nyanya in Abuja, bombed the United Nations Building in Abuja, bombed Banex Plaza and even the police headquarters in Abuja killing uncountable number of persons. I don’t need to mention the entire North East that was overun by terrorists with thousands of people beheaded and the video images sent on internet for everybody to see. The terrorists were everywhere and have started forming cells in Lagos and Enugu.

“This Government came and destroyed them across the country. Only their remnants now are going about carrying out criminal activities and you are telling me security is not better now. Our soldiers and officers were sent to fight these terrorists without weapons. They were dying like chicken and when they complained about lack of weapons, they were sentenced to death for mutiny.

“No apologies for supporting Buhari. I respect your views. I not only support him, I pray for him.

“You know the truth, the worst of Buhari in 8 years will be better than the best of PDP in 16 years.

“PDP had 16 years with oil prices very high in-between yet they left us without light (power), without water, without roads, without security, without paying even salaries, indeed without anything.

“Whatever is happening today has its root from that regime. This administration came with bail out for states to pay salaries with the price of oil falling drastically. Tackled security and all that and somebody is telling me I should reconsider the past leaders that brought us into this mess. God forbid.”

The actor is hoping to become the next governor of Enugu state.