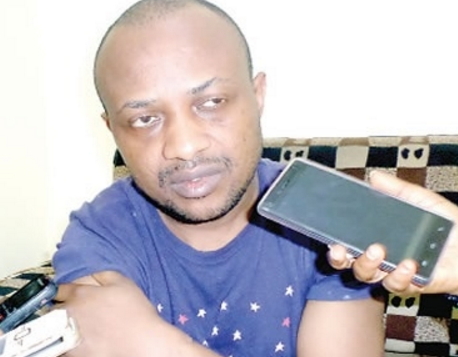 Cases of kidnapping in Nigeria has dropped drastically following the arrest of notorious kidnapper Chukwudumeje Onwuamadike aka Evans, the police told The Nation over the weekend.

“When we paraded him (Evans) in Lagos, I told the public that the arrest of Evans marked the beginning of the end for kidnapping.

“Since that day, the rate of kidnapping has seriously gone down and that shows that we were able to hit the right target.

“As for keeping him (in custody), we have been able to secure three months’ remand warrant from the Federal High Court, Abuja to enable us round off our investigations.

“At present, the contacts and crimes he committed in other countries, including Ghana and South Africa, are of interest.

“We have series of complaints that border on murder, several kidnappings and armed robberies against him and these are all capital offences that are not bailable at the level of the police.

“They are not even ordinarily bailable in the courts.”

Jimoh said Evans’ detention was justifiable and there would be no need to rush his case and make mistakes that would disappoint Nigerians.

“In his alleged offences, the lives of Nigerians were at stake and we must be able to get everything to ensure that we don’t lose the case in the courts.

“For any sensible police force, it won’t be appropriate to rush to court in a complex case like this because investigation is a scientific approach to actually situate a suspect at the scene of crime and convince the court that this is the person that did this and that.

“That is why it is important that we are meticulous in putting details together and explaining how someone committed atrocities such that at the end of the day, Nigerians will be happy with us if the suspect is convicted for all the offences he committed alongside other members of his gang.

“Nigerians will not be happy with us if we rush to court and lose the case on mere technicalities.

“We are mindful of that as well as his fundamental human rights. That is why we approached the courts for a three-month remand warrant to keep him in police custody,” Jimoh explained.

He stated that Nigeria’s membership of Interpol and its platform’s responsibilities necessitate active collaboration on the Evans case and the investigation of associated issues.

“We are very active on the platform of Interpol. If you can recall, it was revealed that he (Evans) has a Ghanaian international passport and the passport is still very valid.

“There are clear indications of the level of criminality that goes across the border.

“So, we will do what is just in that circumstance and after completing investigations, we will be able to know where we will share experience and ideas with various jurisdictions involved and we will all know how to deal with the matter.

“Yes, Interpol is already fully involved and we are all out to do a thorough job and it is in the interest of the public because such high level suspects should not continue walking the streets and committing such atrocities.

“We hope to ensure that the cause of justice is served at the end of the day,” Jimoh said. [The Nation]

Continue Reading
You may also like...
Related Topics:evans, kidnapper, not bailable, offences