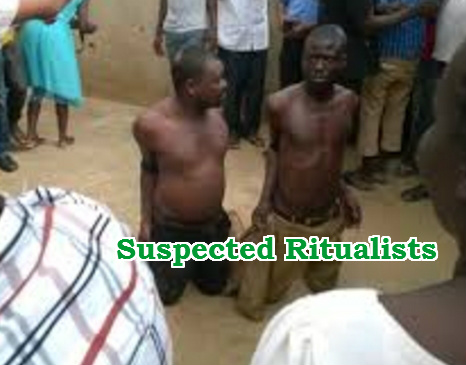 December 9, 2015 – Kidnappers & Ritual Killers On Rampage In Lagos; Cases Of Murder & Missing Persons On The Rise

The rate at which people go missing in Nigeria’s commercial capital, Lagos, coupled with issues relating to ritual murders, is becoming frightening and must be nipped in the bud by the government and all authorities concerned. The Nigeria Police Force, the Department of State Services, DSS, Nigeria Security and Civil Defence Corps, NSCDC, otherparamilitary organisations and even the state-owned Traffic Management Authority, LASTMA, and the Kick Against Indiscipline, KAI, must now improve their surveillance activities.

Just this week, the family of Adekanle Adedoyin, a student of the University of Lagos, raised the alarm that their son was missing. The young boy who left home for school neither got to his destination nor returned home. When his phone was tracked, the location showed the Lagos-Ibadan Expressway, several kilometres away from where he was supposed to be.

On 23 October, Martin Udogie, a resident of the state who is married and has children, also went missing. According to the family, he was last seen on that day at Maryland near Ikeja, Lagos with his red colour Peugeot 206 saloon car with registration number LY 594 AAA. With his photographs on social media, they are now pleading with Nigerians to either contact the family, the Bar Beach Police Station or the nearest police station if found.

Last week, there was the case of five young girls whose corpses were found dumped at a place in Ikorodu, a bustling suburb of Lagos. A sixth body was said to have been found the following day. It was mutilated. Clues to their murder have remained obscure till this moment. Days ago, the family of a girl, who was said to have travelled from Abuja to Lagos with a friend, said the girl had been missing. They explained that the girl’s friend told them their daughter, while in Lagos, got a call by someone asking her to come to Ikorodu. It is not known yet if she was one of those killed.

Not too long a ago, four corpses of some ladies were found dumped somewhere in Alimosho area of the state after the corpses were mutilated. The situation is not different in Shomolu, Mushin, Ebute Metta and other areas of the state where cult gangs have been on the rampage killing innocent residents.

In November, an unoccupied two-story building in Olorunfunmi Street at Ekore, a densely populated area of Oworonsoki, Lagos was discovered to be used by ritualists. The police had once revealed that at least four people were declared missing in Lagos every week. And these range from children to adults.

Now that the state government has taken the issue of security as a major focus with the investment of over N4 billion on purchase of equipment, vehicles and arms for the police alone and further rebranding of LASTMA and KAI, there is no longer any excuse for failure. In the absence of state police, the Neighbourhood Watch and the Vigilante Service of Nigeria should be strengthened for effective policing of communities.

With the Yuletide season already here, there will be increase in crime rate as desperate outlaws seek money at all costs to partake in the celebrations. Residents must be vigilant not to fall prey to the anti-social elements now on the prowl.