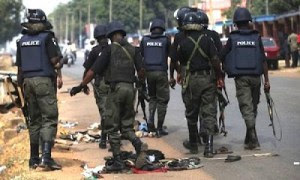 Kidnappers on Wednesday attacked one boutique close to Genesis Fast Food in Choba community, Obio/Akpor Local government Area of Rivers State and kidnapped the two brothers that run the boutique.

When they were operating, they killed a MOPOL that guards the place. They put the two boys in their Spider car and drove them to Choba waterfront where they shot two mobile police on night duty dead before escaping into the creek.

The incident caused tension in the area as business owners retired to their homes early.