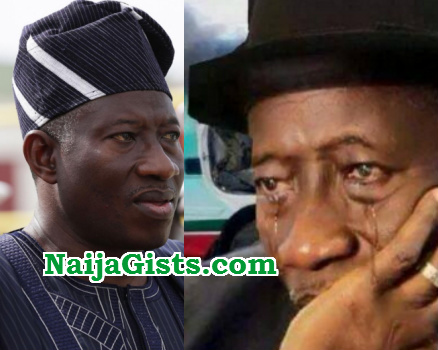 Samuel Okies, the nephew of ex-President Goodluck Jonathan has been murdered.

His lifeless body was found in Otuoke river, Ogbia LGA of Bayelsa state two days af­ter his abduction by gunmen.

The 35 years-old Okies was reportedly kidnapped with Jona­than’s cousin, Chief Inegite Nita­bai, who also doubles as his foster father since the death of his bio­logical father.

He was always in company of Chief Nitabai and when he was not seen hours after the kidnap, family members expressed fears that he could also have been ab­ducted.

Investigations revealed that some fishermen discovered the floating body of Okies Friday and immediately raised the alarm.

Many family members were said to have been worried when nobody heard from Okies after the kidnap of the 72-year-old Ni­tabai.

The discovery of his body has confirmed fears that indeed he was kidnapped along with the septuagenarian by the gunmen.