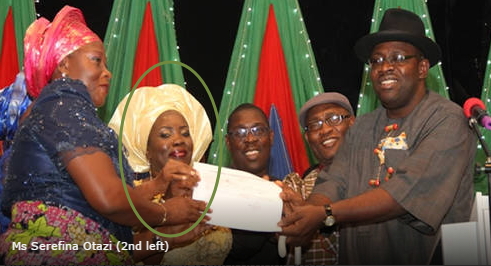 Bayelsa state Commissioner for LG, Otazi who got kidnapped in Otuoke last week has spoken to her family.

Madam Otazi’s brother, Endurance Frank said the kidnappers contacted them today asking them to pay N40million ransom for her freedom.

Mr Frank said they were relieved to hear her voice since December 20.