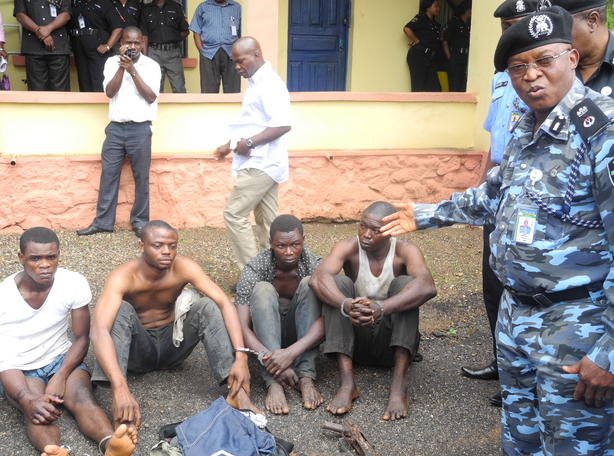 Kidnapping has become so rampant that hardly a day passes without report of the incident happening in our country. The southsouth and southwest geopolitical zones in the country are the worst hit.

In the Southwest, Ekiti and Ogun states have recorded the highest cases of kidnapping lately, while in the Southsouth, Rivers State tops the list. Kogi State in the North Central zone has also witnessed kidnappings in recent times.

A few years ago when kidnappers overran Abia State, making the state ungovernable and scaring indigenes and investors away, the then governor, Theodore Orji, cried out for help and security personnel, including the military, swarmed the state and flushed out the criminals. Now Abia State is at peace and the new governor of the state, Dr. Okezie Ikpeazu, is planning to deploy technology to fight crime.

Similarly, when Governor Obiano of Anambra State in the Southeast took over early last year, kidnappers were having a field day in the state. He moved swiftly against them. Many were arrested and their hideouts and mansions they acquired through the ransom they collected from their victims were demolished. The crime has now abated in the state.

Now kidnappers are on the rampage in Ogun, Ekiti, Kogi and Rivers states. In Ogun State, a horrifying spectacle was enacted by these evil doers when they kidnapped a 21-year-old polytechnic student and dismembered her for alleged money making ritual. The police also discovered some cooked parts of her body in a cooking bowl, some of her bones strewn all over the shrine where the heinous crime was committed and other body parts buried in a shallow pit nearby.

Just as bewildered Nigerians were trying to come to terms with this dastardly act, the kidnappers in Ogun struck again. They seized a 97-year-old man and demanded for ransom, although the nonagenarian came out of his ordeal alive days later when the police rescued him.

Kidnapping has become an ill-wind that must be tamed. Even if it means setting up a special strike force, let the authorities do so without delay as the criminals appear to be having the upper hand against their hapless victims and the security agencies.

The Abia State approach which yielded an almost permanent solution to the menace should be adopted in Ogun, Ekiti, Kogi and Rivers states. Security agencies should also enlist the support of telecom providers to track calls made by kidnappers while they are demanding ransom from their victims’ relatives.

Once the criminals know that they would be tracked down, they would think twice before embarking on their evil mission.