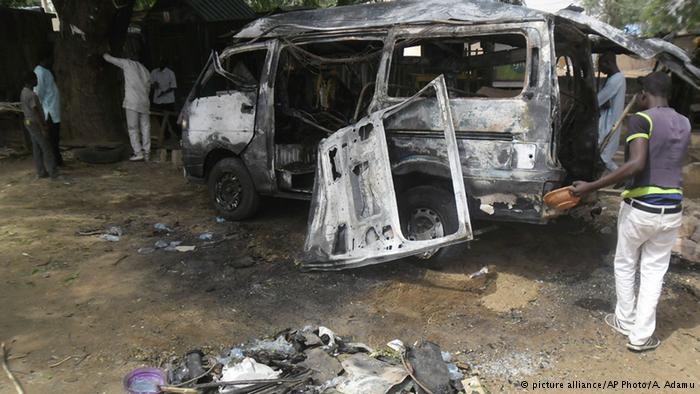 Explosion ripped through a busy bus station this afternoon in Maiduguri Borno state.

According to a Civilian Vigilante member, the blast killed several civilians at a bus station near a fish market on Baga Road around 3:50pm.

A local resident said the explosion resulted in heavy causalities.