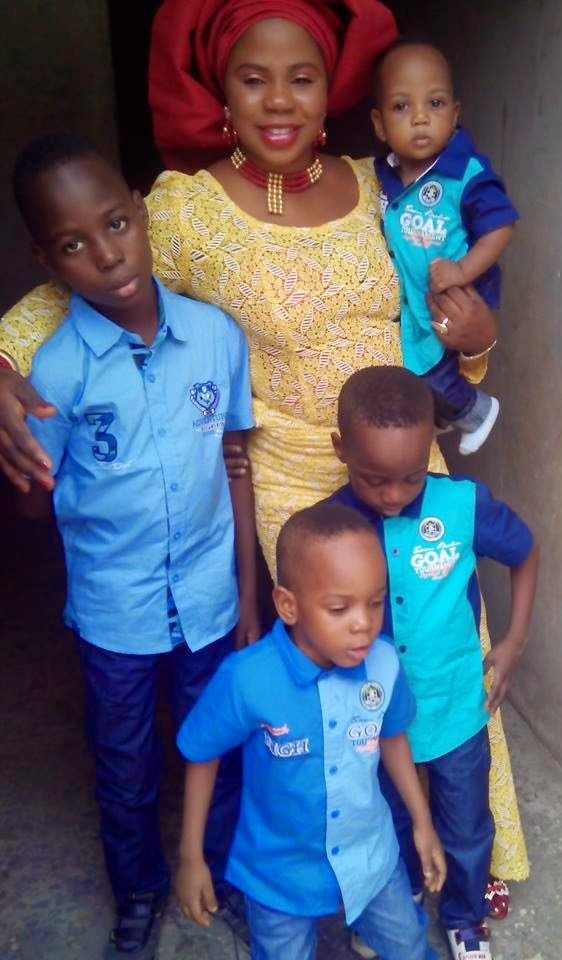 Last Wednesday, a Nanny hired through an ad on OLX website, Mary Akinloye kidnapped the children  and 24 hours later her kidnap group put a call through to the parents of the children demanding for N15 million.

After a series of back and forth negotiation, the kidnappers agreed to collection 13 million ransom but the the parents of the victims could not raise the amount.

Yesterday a family source said the kidnappers have insisted the ransom must be received within 48 hours or they would kill the 3 boys.

The parents of the three children are currently lamenting over their inability to raise the N13m ransom.

Their mother pictured above is said to have become the shadow of her old self.

This is what a close family source said:

“Their mother is a shadow of her old self. She is devastated. She loves all her children no doubt, but she is concerned more about 11-months-old Aderomola. She never ceases to call out to him everyday, wondering what type of food he was being fed with. During one of the conversations, she was allowed to speak with the children who claimed they were being taken care of. But the issue now is how to raise the requested amount.”