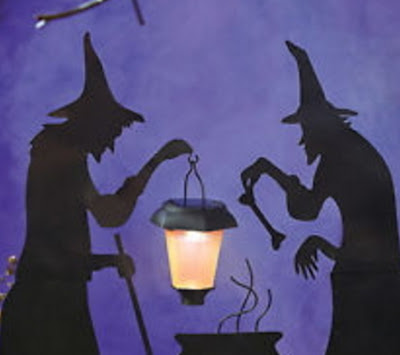 In the first quarter of the year 2000, then a student of the University of Calabar, Sam Itauma, upon a trip to his home town in Akwa Ibom State, was still seated astride the motorcycle as it wove its way through the crowd in the market square near his home in Ikot Afaha, Eket, when he saw another crowd near the not too far town hall doing something really bizarre…

Akwa Ibom is not far from Calabar where over 100 years ago, Scottish missionary Mary Slessor stopped the killing of twins, whose births was considered by the natives for many years at that time as an evil curse.

Perhaps this is why today, cruelty to children can be easily stomached by indigenes of the state.

Eket is a small oil rich yet poverty stricken city. There, child abuse has recently taken to new dimension. Although the people worshiped Ala the ‘earth deity’ through their ancestors, now predominant, Christianity has been fused with the traditional local belief system so that there is now an upsurge of prophets and pastors, some of them founders, others pastors of churches which are local franchises of big denominations, who have discovered that they can only prove their spirituality by naming children 15 years downwards witches.

In conjunction with communities and local militias comprising mainly of youths, children are declared witches, rounded up, tortured, abandoned, maimed and even killed.

In a depressing case, a pastor denounced an unsuspecting and vulnerable boy of about 10 years. His father thereafter tried to force acid down the boy’s throat in a desperate bid for exorcism, the acid spilled over as he struggled, burning his face. The boy died a month after.

If the fact that no one was punished for the boy’s death was alarmingly enough, then the most depressing part of it all was that the boy’s passing was celebrated as ‘one less mouth to feed’!

According to my friend Mr Sam Itauma, founder of the Child Right and Rehabilitation Network, CRARN, in recent times, over 30,000 children have been maimed, abandoned, tortured and even killed at the behest of pastors, under the blessing of society.

Sam Itauma was nicknamed ‘King of Witches’ because for over 15 years, he assumed the arduous task of taking into his home kids who have been abandoned, most times at great risk to his own life.

When he saw the crowd on that fateful day, he quickly jumped down from the motorcycle and ran into the thickest part of the mob. Under the supervision of a boy, he discovered that they were actually beating a 5-year old accused of witchcraft. It was a very rowdy crowd, with many of them holding all manner of instruments that could inflict mortal wound on a person. Upon seeing Sam, because she knew of his reputation, the little girl began to plead with him to save her life. Sam saw the visible stripes thorn into her flesh from the long canes that had been used on her. By now she had crawled into a hole that had formed under the root of a large hibiscus tree that had bowed to the rhythm of a great wind, which was just large enough to cover the upper part of her body. Some of the boys were pulling at her legs to pull her out while other kept raining torrents of cane on the visible part of her body. Still groaning in pain and crying for help, she clung desperately to the roots of the large tree in hiding.

Mr Sam related how a chill ran through his spine upon seeing that spectacle. He was confused and in tears. In desperation, he yelled at the ring leader, a boy he knew very well, that if the girl dies he will make sure he was prosecuted.

One of the boys in the crowd warned him to stop wasting his time trying to save a little ‘witch’, while there were many more in the town hall already condemned. Confused, Sam dashed for the town hall not far from the market square.

The level of madness dawn on him when he saw that over 40 people, mostly kids, had been rounded up earlier in a large witch hunt that was akin to a pogrom. They had received so much beating that about 8 of them had actually died. The little girl was one of them but had escaped at the town hall. Her assailants had pursued and caught up with her at the market square.

In fact, one of the men that had been beaten to death had been given away by his own son who himself was a member of the local witch hunting militia! The old man was on his way home from his Okada business when he was dragged of the motorcycle and lumped with the others to be hacked to death. Even after he died, the unsuspecting crowd was still pounding every available part of his body with the clubs in their hands.  Sam was confused. That same day he learned that the same thing happened in Efoi, a neighboring town.

The CIA World Fact Book 2017 puts Nigeria population at 186,000,000 with 42% children below 15, meaning that today; we have over 70 million children in Nigeria. Yet, only a very negligible number of kids are not abused in one way or the other today.

Alimajiris and child brides resulting in extreme cases of VVF abound in the north as street hawkers, child labourers, house helps and out of school kids are in the west, as baby factories disguising as orphanage homes abound in the south east in general and Enugu State in particular. And now these unfortunate souls called child ‘witches’?

Everywhere one turned, it appears we are taking out our frustrations on the most vulnerable even though all our major religions admonishes us to protect and cherish them as the future of our species.

For example, in Kano State alone, over 3 million alimajiris are left by their parents with no money in the hands of mostly illiterate imams with no knowledge of child care, sometimes 50 of them to one man, to beg alms and do menial jobs, and make return to the imams.

According to the permanent secretary in the Ministry of Education, Adamu Hussaini and Chioma Chuka of Tech-Her, Nigeria has the highest out-of-school kids, not in Africa but in the entire world!

Yet popular ‘woman of God’ in Port Harcourt and her co travellers believe and preach that ‘Satan manifests himself in children as witches are wizards’, find the heart to exploit poverty, ignorance and superstition to further their trade, make videos and write books on ‘ways of discovering a child witch’, and denounce kids as such, and make parents pay as much as 400,000 naira in some cases for ‘deliverances’.

It is depressing to know what millions of Nigerian children in their formative and highly impressionable years are going through today.

What is going on in Akwa Ibom is a clear case of child abuse, aided and abetted by a willing and an insensitive adult society and it must be stopped with immediate effect.

Children accused of witchcraft are subject to psychological and physical violence, first by family members then circle of friends, local militias, church and pastors or traditional healers. Once accused of witchcraft, children are stigmatized and discriminated for life.

On 5 December 2008, under some type of pressure, the former governor of Akwa Ibom State signed into law the UN Charter on the rights of children, listing stiff penalties for offenders, yet since, nothing much has changed. In  fact, it was not long after that one dubious figure by the name ‘The Bishop’ who owns a church at Ibaka, Akwa Ibom State, confessed in front of cameras to single handedly killing over 110 child ‘witches’. Reliable sources say that figure is way more than that. He was arrested and charged to court. As I type these words, this man is free and left to continue his business.

Because belief in witchcraft practically disappeared in Europe with all its attendant ills, it was previously believed that the same thing will happen here. But the current situation indicates the contrary. Far from fading away, the social and cultural representations have been maintained and transformed in order to adapt to contemporary contexts.

If one visits the CRARN facility in Eket, one would see a very strong example of unbelievable survival, remarkable bravery and a tale of madness, of a people, that should ordinarily protect the most vulnerable in society.

I think it is time for the government to step in, not in words but in action, to study the issue of child abuse in detail, understand the systems of representations of specific beliefs, the actions and social mechanisms related to mob justice, religious operations and traditional institutions, and the political, economic and social situation of contemporary Nigerian societies that will enable the development of effective actions for child protection and awareness‐raising with regard to the fundamental rights of the Nigerian child.

Our kids deserve nothing less.

About the author: Albert Afeso Akanbi is a Novelist, Researcher and Humanitarian. He lives in Abuja, FCT.

Nollywood Actress Uche Elendu Confesses “I Do Have Nightmares”
John Fashanu Denies Arrest, Says He Was Invited By Police Over Land Sale Disagreement