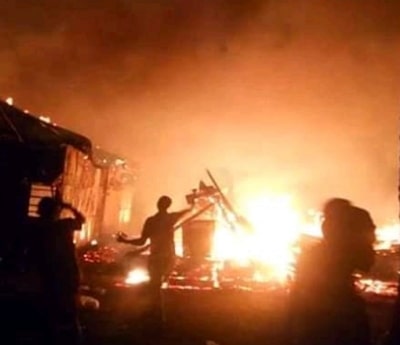 No fewer than 2,000 houses have been burnt and over 5,000 people rendered homeless following a fire incident that occurred in the early hours of Friday at Iwoukpom community in Ibeno Local Government Area of Akwa Ibom.

The cause of the fire could not be ascertained as at press time but our correspondent confirmed properties worth millions have been destroyed in the fishing community mostly occupied by Yoruba fishermen.

Most of the buildings were constructed with wood, increasing the fatality as fishing equipment and fishes were burnt.

It was also not known immediately if lives were lost.

Loud wailings from victims were heard as the recounted their losses.

Mrs. Idongesit Udoh, a mother of three children was crying and waling that she could not picked a pin before the inferno rendered her homeless.

“The entire building was raised completely and I could not pick a pin in the house,” she lamented.

She called on the State Government, spirited individuals, multinational companies and NGOs to come to their rescue, lamenting that she does not have room on her head anymore.

“About 1 am this morning, I received a call from my brothers and sisters living in this fishing settlement at Iwoukpom, that there is a very serious fire disaster taking place here,” he said.

He explained that the inferno completely razed down a lot of buildings and wooden houses and uncountable fishing equipment worth millions were destroyed in the area.

Isokobo however, said that nobody could give the cause of the inferno.

He promised to give relief materials to the affected families to ameliorate the suffering of the victims and called on the state government, oil companies to come to the aid of the affected fire incident.

The Vice Chairman appealed to State Government, Donor Agencies, International Communities among others as a matter of urgency to provide relief materials and camp to affected inferno victims.

Read Also; Fire kills three siblings in Ibadan
“We will give them relief materials to start with and think of permanent ways of giving them back hope, especially the fisher men who had lost their livelihood to inferno.

“It is a pity that the inferno also affected my father’s house, I am begging government, donor agencies, international communities, oil companies to come to their aid,” Isokobo appealed.

The leader of the Yoruba community, Mr Foli Ogungbemi, Special Adviser to the Chairman of Ibeno on non- indigenes, said the entire place were settled mostly by Yoruba people.

He said that when the incident happened the people were running for their safety and none could really know the root cause of the inferno.

Ogungbemi explained that Iwuokpum is the highly populated with Yoruba indigenes and the economy hub of Ibeno. 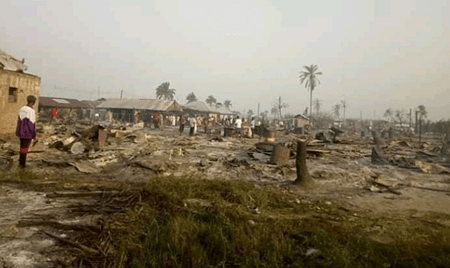 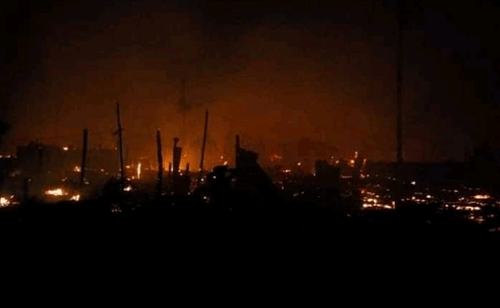 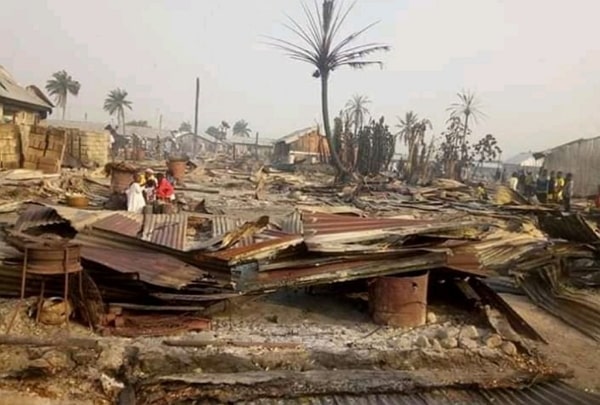 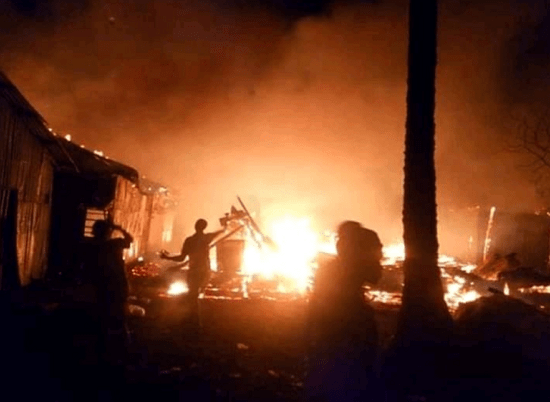 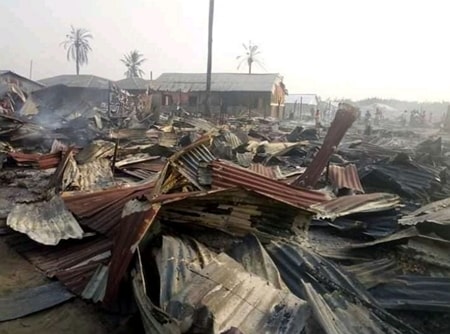 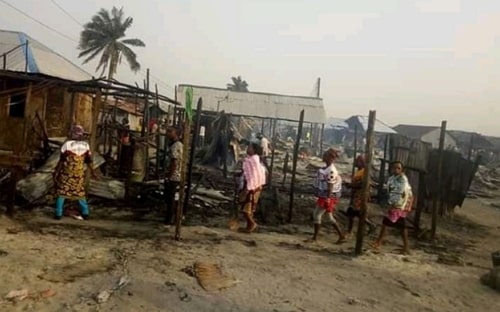