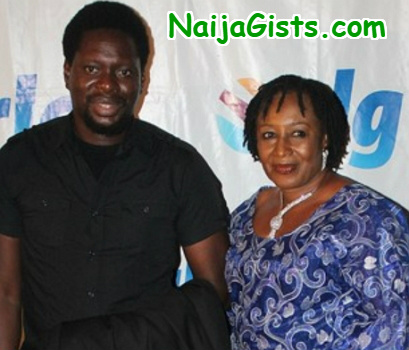 The just concluded 6th annual Nollywood film festival Germany and its sister event Nollywood Europe Golden Awards NEGA 2018 held at Frankfurt, Germany was said to have witness a different show with the absentee of celebrities and journalists from Nigeria.

As revealed by the organizer of the event, the Consulate General of the Federal Republic of Germany in Lagos was said to have denied the entire invited guests visa to enter the country and prosecute the show.

As customary, Ehizoya Golden Entertainment which started since 2003 annually planned an award show for Europe-based Nollywood fans, but this year’s show took a dramatic twist, as the three celebrities – Igwemba Afamefuna Klint aka Klint Da Drunk, fast rising comedian Eboh Oghenerukevwe Michael aka Eboh Bomb, and Fred Iwenjora, a well-travelled Nigerian culture and entertainment journalist were denied visa at the last minute to the kick-off of the event.

It was also revealed that efforts and intervention by Nigerian Ambassador to Germany His Excellency Yusuf Maitama Tuggar, CG in Frankfurt Ambassador S.A Umar deputies did not bear fruits.

“To have pulled off a show of this magnitude without our main stars is still a miracle to me so I give all the credit to God and our dedicated team for their sleepless nights of creativity. The success of this show is a collective effort and that is why we always say – The show Must Go On! The setback we suffered from the German consulate for the very first time since 2003 was shocking and a source of worry but it will not discourage us from the good cultural efforts in promoting the cultural heritage of Nigeria and Germany!”

Honored at this year’s award were His Excellency, Ambassador John Chika Ejinaka from New York, USA in the “Nollywood Diaspora Grand Supporter” category – for his immeasurable support for Nollywood while serving as Consul General of the Nigeria Consulate general in Frankfurt, Germany and the Belgium-based musician Kay Prosper Dede as “Nigerian Best Diaspora Female Artiste” . Also honoured were Klint Da Drunk and Eboh Bomb who were conspicuously absent to receive their awards of “Nigerian Most Creative Comedian of the Year” and “Nigerian Most Outstanding Comedian of The Year” respectively.