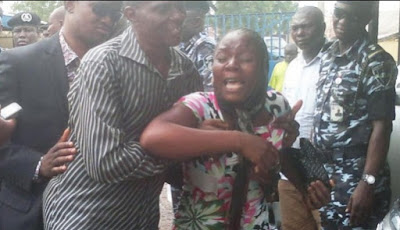 Ebute Metta Lagos residents have narrated how some cultists turned robbers attacked 6 hotels and robbed guests. Witnesses said attacks on the six hotels occurred within four weeks. The bandits stormed the hotels and carted away phones, money and laptops.

The robbers vandalised vehicles and inflicted injuries on lodgers. In one of their attacks, the hoodlums, numbering about 11, stormed a hotel at Odaliki Street, Apapa Road on March 12 and robbed the guests. They stole cash, phones and CCTV recorder.

They raided 20 hotel rooms at BF Hotel before the arrival of the police. A police source said: “We received information from workers of the hotel that armed robbers came around 2a.m. on March 12. They scaled the fence of the hotel and gained access into the reception.

They were armed with pump action guns and sledge hammer. Two of them wore face mask. “They moved from room to room, ransacking. They beat up the lodgers and collected cash, laptops and other valuables. They raided the hotel director’s office and stole the CCTV recorder.

They used sledge hammer to break down doors. One of the workers on night duty escaped through the window and called the proprietor of the hotel. It was the proprietor that called the police. The robbers escaped before the arrival of policemen.”

Another hotel on Ondo Street, Ebute-Metta was raided three days after the first one. They also raided another hotel on Vaugh Street, Apapa Road, two others at Parklane. A resident, Olumide Akeem, said: “When they attacked the hotel on Ondo State, they beat up guests, including the Divisional Police Officer (DPO) of Iponri Police Station. They wounded him badly. He was lucky to have escaped with his life. “The robbers, who usually disguised as cultists, called ‘Kobagidi Boys,’ attacked and wounded three vigilantes.

“The other day, they attacked Alhaji Hamzat, an American returnee in his house. They beat up Hamzat and escaped with his Murano Jeep.” The Secretary of the Vigilantes Group of Nigeria, Lagos Island, Mr. Agbodimu Musbau, said: “Cultists have graduated from maiming and petty thieves to full blown robbery.

They used to engage in supremacy battle but today, they are robbers. These boys are called ‘Kogbagidi’ and ‘Otto Boys.’ “They continue to reign in Ebute-Metta despite residents and police efforts to check their activities. We need government to check crime in Ebute-Metta. The police should deploy special crack teams to curb escalating crime wave in our area.”