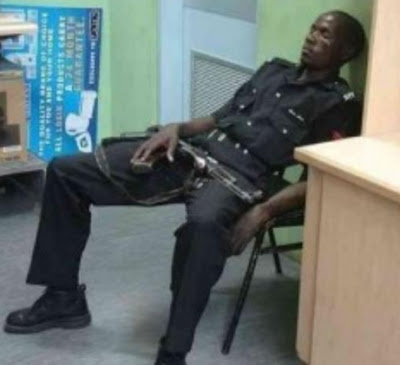 At least one person suffered serious injuries on Easter Monday as 10 area thugs open fire on a police station in Ebonyi state.

According to eyewitnesses, the gunmen armed with AK47 rifles stormed a police station at Noyo in Ikwo LGA of Ebonyi state and opened fire on the officers on duty.

To people surprise, the officers escaped by jumping the fence.

Soldiers were later called in to restore order to the community.