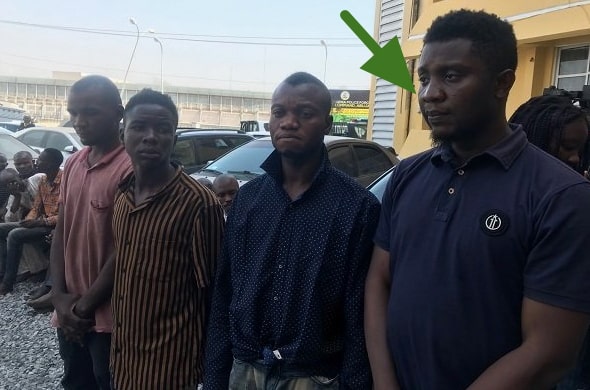 A Customer Service Officer of a First Bank branch at Mpape, Abuja where a robbery attempt was foiled by policemen and soldiers last Saturday has given details of how the robbers gained access to the banking hall with his help.

One robber was killed and four others arrested after a team of policemen and soldiers foiled their attempt to rob the bank.

Staff of the bank, who were on duty on the day of the incident, had been taken by the police for questioning.

The policeman on duty, who it was gathered the robbers had unsuccessfully tried to tie down, had gunned down one of them and then called for back up.

According to Larry Ehizo, who was paraded by the Federal Capital Territory (FCT) Police Command, the mastermind of the robbery, one Ernest, who is at large, had threatened to kill him, his girlfriend and his family if he did not help them rob the bank. 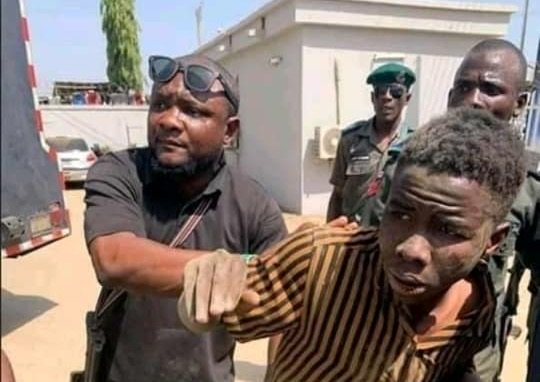 Ehizo, who has worked with the bank for over two years, said he drove the five robbers into the bank premises in his vehicle.

The 30-year- old 2014 graduate of Political Science from the University of Abuja, said he was promised N7 million by Ernest had the operation been successful.

He added that 20 per cent of whatever they got would have belonged to him.

According to him, he had declined the offer but Ernest insisted.

“I met a friend (Ernest) in November and we had a discussion where we used to hang out and I said something after he complained about our services in the bank and we almost got into a serious argument and I told him that the only thing he would do is get angry and maybe not bank again with us.

“He said he was going to hurt someone and I told him not to do that. That the highest he can do is to do that or maybe rob the bank to make them feel bad.

“I did not know he had that on record and he used that to threaten that after some time that I must take the people that he would bring into the bank.

“He threatened my family, myself and even the people around me. Even my girlfriend. After that, I was afraid to go to the police because he said even if I go to the police that he had already informed his colleagues and because he is a cultist and he said that anything I get after that I should take it.

“That is when he brought them. I still begged him and he went as far as my family house and threatened to kill them. He now brought them on that day that I should take them in and tell them what to do.

“He even followed to the bank but escaped when they caught them. He insisted I take my car to take them inside the place and that was the only thing I was supposed to do and leave the rest for them to do. The person is at large. His name is Ernest.

“I didn’t report to the police because of the threat. He actually brought his fellow cultists to my house and threatened me and my girlfriend that I must take them.

“He said I must collect it. I am a Customer Service Officer. I have been with the bank for over two years.

“If I had gone to the police I would not have been here talking now. Members of my family also would not be. He knows my family house and knows where I stay personally at Mpape.

“He waited to see when we entered inside and he immediately called me and I did everything out of fear of not dying and not having anyone dying because of me.

“Ernest is a customer at the bank. He comes around. There is a place I go to hang out in Mpape. He is a barman there. He sells drinks.

“On normal situations, we have sat down to have drinks. We discussed football, family and how to move forward. He is a barman. “

24-year- old Princewill Obinna, who led the robbers, said they did not expect any difficulty as they were assured by Ernest and Ehizo that it was going to be an in-and-out operation.

He said Ernest was a friend of his.

‘I was among those people that robbed the bank. It happened that Mr Larry invited us. Mr Ernest met us and told us there is a job we wanted to do but he would connect us to the person that had the work.

“I asked him who the person. So he called me and introduced us to Mr Larry, who told us that there is an event that he wants us to carry out that Ernest has been troubling him.

“That if only we can successfully do it, that he and Ernest have the background and survey, that they are going to guide us. That it is going to be stressless (sic) and that within some minutes we are going to wrap up the deal.

“I said what was the deal about and he said it was a bank. I was shocked and said I have never done such before.

“He said we should not worry that there is a vehicle that is tinted and nobody would see us and that everyone would be okay.

“He asked if I know some persons that can help us and I said I had friends that come around and they said okay.

“They also never wanted to do it but we all agreed at the end of the day. That is how we came to find ourselves there.

“The message came to me on Tuesday and the operation was on Saturday. So we were just thinking about what they told us that it would be easy and they would give us money. They promised to give us N7 million to share. I coordinated the other boys.

“The ammunition we took there was a local pistol that our late friend (robber who was shot) brought.

“He said he would be the one to stand at the gate and that I should hold this one and threaten the Mobile man,” he said.

Obinna said he had gone for recruitment into the Nigerian Army in 2017 and just a few weeks to their passing out parade had been dismissed for medical reasons.

FCT Commissioner of Police, Bala Ciroma, said no money was lost in the robbery.