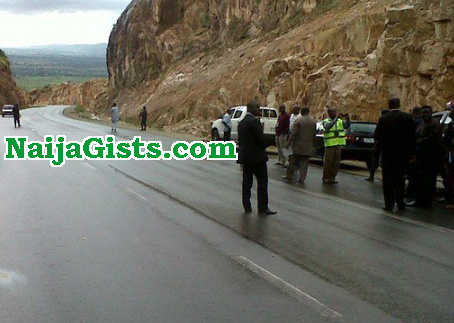 Justice Isiyaka Usman Of Customary Court of Appeal in Kogi has been kidnapped.

Usman who travelled to his hometown over the weekend returned to Lokoja this evening only to be kidnapped at gun point along the Itakpe-Kuroko road few minutes to his house.

His kidnappers opened fire on his orderly before whisking him to an unknown destination.

His driver is currently clinging to life at the hospital.

Islamic Terror Sect Beheads Canadian Tourist Kidnapped In The Philippines..RIP Robert Hall
Anna Banner: Flavour Nabania Is A Womaniser.. Why I Broke Up With Him