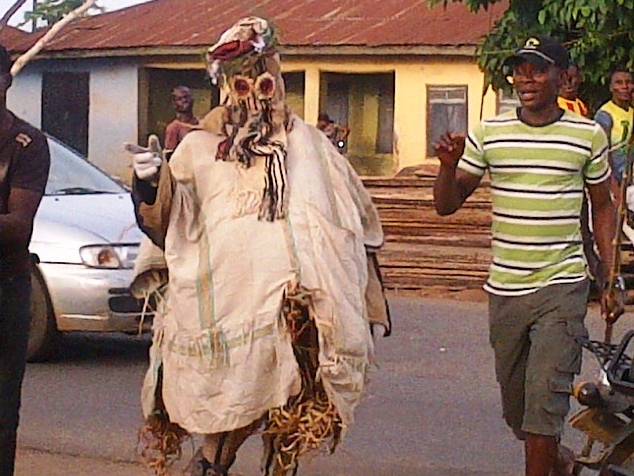 The masquerader and its followers were shot dead at Idare District in Okene Local Government.

A witness said immediately the masquerader and some of his followers were gunned down, other people at the scene scampered into safety to avoid being hit by bullets.

Government announced the immediate ban of the festival to avoid further crisis. Governor Yahaya Bello warned that any masquerader caught parading the streets would be arrested along with any person behind it. In the Ofu Local Government incident, three members of the vigilance group at Ahi village were killed on Monday night.

The victims were said to be conveying three suspected criminals they earlier arrested to Ugwolawo Police Division at the local government area headquarters when they were ambushed.

A relation of one of the slain vigilantes, who gave his name as Musa, said there must have been communication between some people at Ahi village and the bandits, giving them information on the movement of the vigilantes and the suspects.

“This is a serious setback to the community policing which we all embraced as a panacea to the upsurge of crime in the rural areas,” Mallam Musa Abuh, an indigene of the affected area, said.

The Administrator of Ofu Local Government Area, Hon Sule Abuhegbiti, who confirmed killing to journalists, said investigation into the matter had commenced.

Police Inspector & 2 Brothers Killed As Kilajolu Festival In Ibeju Lekki Turned Violent
My Wife Infected Me With Gonorrhea, I Caught Her In Hotels & Beer Parlours With Men