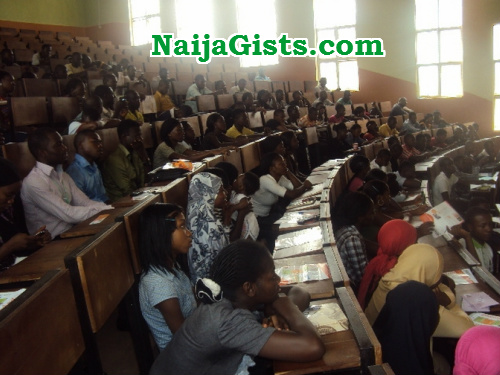 In contrary to what was described as earthquake in the main library of the Kogi State University (KSU) in Anyigba, the school management has debunked the claims, saying that what happened was the “puffing” of the floors of the library.

Acting Librarian, Mr Paul Idachaba, who made the clarification, said the wheezing noise caused panic among students. Some students were injured in the chaos that followed an alleged vibration of the library building.

Asked what caused the “puffing”, Idachaba said it was due to the swelling of the floor tiles, insisting that no vibration was felt in the library. He said building was safe for reading.

CAMPUSLIFE gathered that there was a rush after students heard wheezing sound from a section of the library floor. Out of fear, the students ran out of the building.

Idachaba said: “None of the students using the library at the time tried to find out what happened after they heard the puffing sound from the floor tiles. They took to their heels; some of them, out of fear, ran into the new shelves and shattered the glass which got a number of them injured.
“What happened was not a tremor because tremors don’t occur on spots like that. If it was tremor, we would have seen the walls and parts of the walls cracked. But, there is nothing like that.”

The librarian conducted CAMPUSLIFE round the building to assess the spot. He assured students that management was doing everything to ensure their safety.

Idachaba said when the support building of the library is completed, it would assist in decongesting the main building.

Continue Reading
You may also like...
Related Topics:earthquake, kogi, university