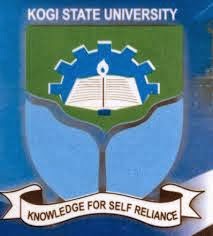 The son of a popular Professor in Kogi State University has died during a foiled robbery operation in Ayingba town.

While parading the other suspects, Kogi state commissioner of police, Seidu Madawaki said the suspected robbers were alleged to have gone to rob at “White House” Phase 11 Lodge in Ayingba when he met his untimely death..

According to the CP, the police, had received a distress call and raced to the scene of the crime to rescue the victims only for the robbers to engage them in a fierce gun battle, which resulted in the killing of the professor’s son.

The police boss said other members of the gang, seeing that the professor’s son was fatally wounded immediately carried him from the scene of the attack to an uncompleted building where they wanted to call for medical attention but he later died as a result of severe bleeding.

While answering questions from newsmen, one of the gang members, confessed that they were cult members, who were misled by one of their colleagues to go and rob and that the deceased was the one that first shot the police before the police retaliated.

Items recovered from the suspects include six assorted rifles, 40 handsets, unspecified amount of money including Korean currency and other dangerous weapons.

The police boss said that as soon the police conclude their investigation, the suspects would be charged to court