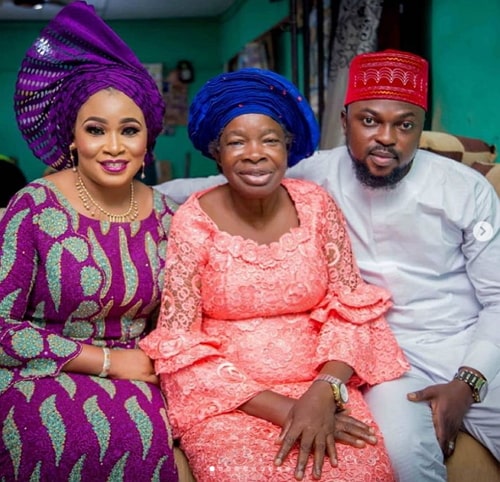 Nollywood actress Toyin Abraham is yet to say a word even after her authentic wedding introduction photos leaked on the social media.

The actress who is getting set to marry her colleague, Kolawole Ajeyemi is said to be pregnant.

Here are some photos of Mr Ajeyemi with Toyin’s mother Prophetess Aimakhu and others at the family introduction.

The Nollywood actress is keeping things under wrap for reasons best known to her.

However, an insider told NG source that the actress is heavily pregnant for the “Nollywood sharp shooter” who is also fathering a child with another woman. 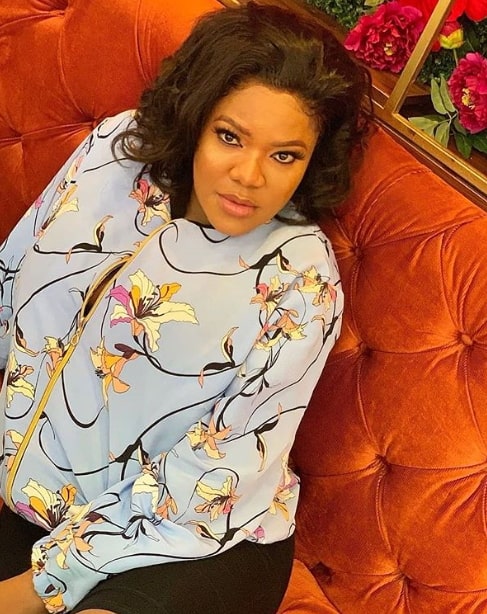 Here are some photos from the private event. 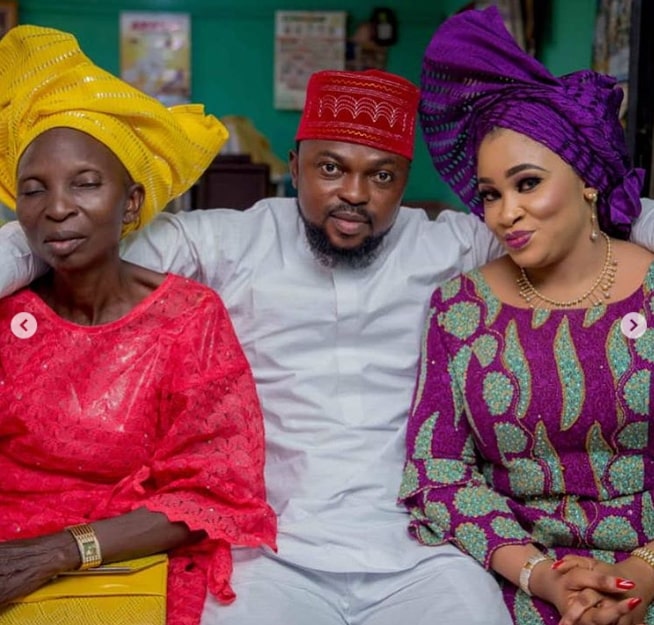 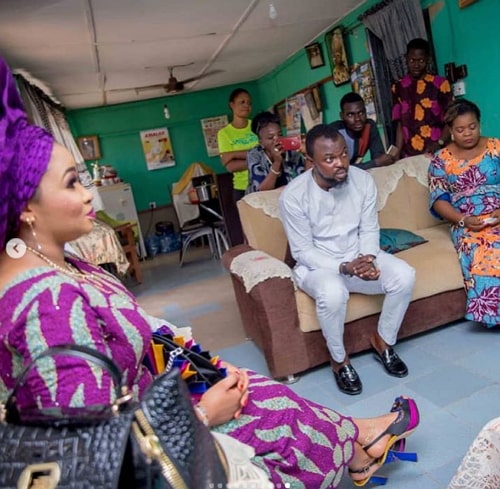 A look inside Toyin Abraham Family Home in Ibadan