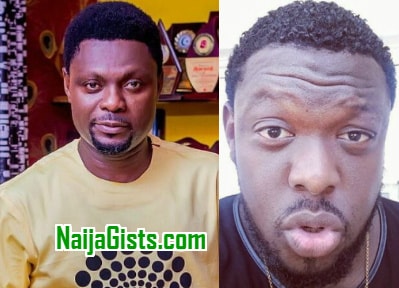 Kunle Afod had made a video about buying a FUBU shirt with a PUMA logo. The actor had lamented and blamed Igbo boys for the product which he rocked to an event.

The actor also mentioned that his PA bought the shirt with the money he gave to him. This did not go down well with Timaya who jumped on the report to blast the actor.

According to Timaya, the price of an original FUBU and the price of what Kunle Afod held in his hands are not the same and the actor should not pretend fake was sold to him in the place of the real thing. 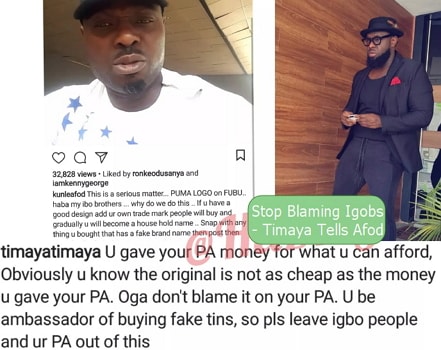 “You gave your PA money to buy what you can afford, obviously you know the original is not as cheap as the money you gave to your PA” Timaya said adding that Kunle Afod is the president of buying fake things.

Continue Reading
You may also like...
Related Topics:kunle afod, timaya