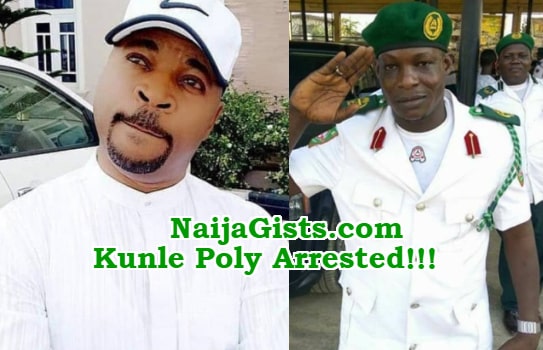 Notorious thug and a top leader of the NURTW Azeez Lawal aka Kunle Poly has been stripped off his position days after stabbing his rival, MC Oluomo at a political event in Ikeja.

According to insiders, Kunle Poly who has been on the run since he stabbed Oluomo last week was arrested yesterday.

He was also suspended by the national leadership of Road Transport Workers Union for disrupting a political gathering and causing bodily harm.

Here is a viral video of his suspension.

His first court hearing will take place on Thursday.