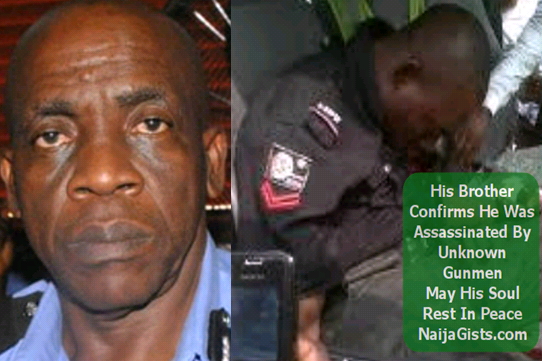 Chinwike Asadu, the Commissioner of Police for Kwara State Nigeria is dead.

According to his younger brother who confirmed this incident, he said it happened at Amorji Nike, a place very close to Enugu East LGA around 10pm at night on Saturday March 2nd, 2013.

The Police orderly who witnessed his assassination and his driver both suffered serious bullet wounds.

They are currently in critical condition at the National Orthopedic Hospital in Enugu.

So sad may his soul rest in perfect peace.

Actress Ayo Adesanya:” I Did Tattoo Removal Surgery After A Pastor Told Me It’s A Sin”
Foluke Daramola Left Her Ex-Husband For Me Because We’re 1000% Compatible – Kayode Salako