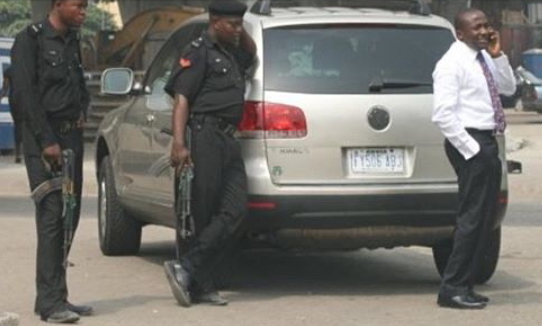 Some Police detectives attached to Festac Police Station operated illegally at Century bus stop on Ago Palace way on Wednesday.

The unidentified officers were said to have stopped a lady whose driving appeared suspicious.

After a brief stop and search, they checked her bag and found a brand new “weave on” (artificial hair extension) she bought to fix her hair.

The bribe-seeking officers were said to have requested for the particulars for her weave and when she couldn’t found it, they arrested her.

After 2 hours in their detention, the lady was told to go home and bring the receipt for the weave on.

Here is what veteran journalist, Richard Akinola said about the illegal arrest and harassment of his daughter: 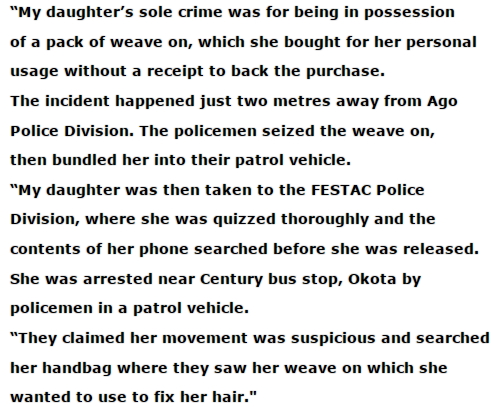 If corruption must be eradicated from our dear country, it must first start with these men in uniform.

Can you imagine them asking for particular for her weave on.