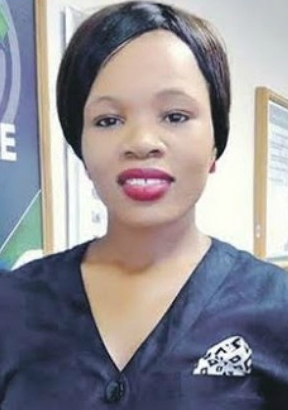 Few weeks after she was rescued as her boyfriend attempted to throw her over the bridge, a 31-year-old South African lady simply identified as Zama has been murdered.

Zama who escaped after a passerby prevented her boyfriend from throwing her over the Jozini Dam bridge in South Africa was murdered on Friday night when her boyfriend 32-year-old Ayanda Nkosi stormed her rented house in Jozini and fired several bullets on her body.

Ayanda was said to have turned the same gun he used in killing Zama on himself and died on the spot.

According to family sources, Zama wanted to end the relationship but her jealous and abusive boyfriend refused to let her go.

The case is currently under investigation at Jozini Police Station.