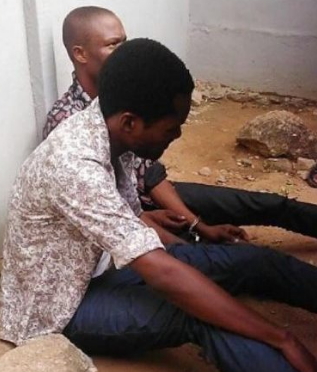 May 18, 2017 – Lagos Big Boy Seun Egbegbe Abandoned In Ikoyi Prison By Friends As Pregnant Girlfriend & Mother Care For Him

One of the former happening boys in Lagos, Seun Egbegbe has been abandoned to his fate in Ikoyi Lagos Prison.

The filmmaker who is currently unable to fulfill stringent bail conditions made available to him is now lamenting in Ikoyi prison as friends and colleagues abandoned him due to his serial criminal acts.

On why he was abandoned, a source said people are afraid of being linked with him as he is currently looking for those to get in trouble.

Today will mark his 100th day in prison.

The only two helpers he has now is his pregnant girlfriend Nikky Berry and his parents who have been running around to get him out of prison all to no avail.