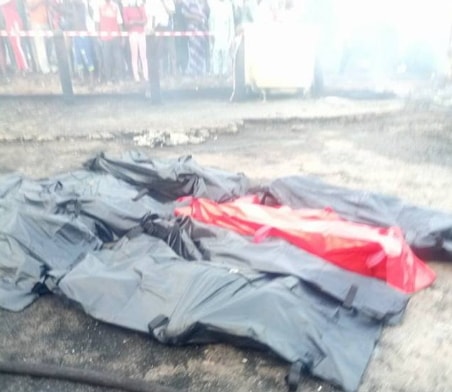 In the wake of families searching for their loved ones at hospitals and mortuaries across the state, the Lagos State Government says it will carry out DNA tests on the charred bodies recovered from the scene of the tanker explosion on Otedola Bridge on Thursday. (NG)

Commissioner for Health in the state, Mr. Jide Idris, said this on Friday in response to an enquiry on the difficulty in releasing corpses to the relatives of the deceased.

A number of families thronged Gbagada General Hospital, Accident and Emergency Centre at Toll Gate and the Mainland General Hospital morgue on Friday in search of their loved ones.

One of the enraged relatives, Yetunde Joseph, a resident of Ojodu-Berger, told Saturday Crime that her husband, Israel, visited a business partner on Lagos Island, but had not returned home since that day.

“He left home around 8:00am in his car to discuss a contract with his business partner called Johnson. He called me around 4:30pm while he was returning home and said he was at Ojota. He called me on the phone and told me he was hungry. He said he had not taken lunch. I assured him that by the time he would have got home, food would be ready.

“I was expecting him to be back by 5:00pm. When it was 7:00pm and I did not see him, I became worried. I called his line but it was switched off. It was in the process that a neighbour told me that there was an explosion on the Otedola Bridge. I rushed to the scene, but there was smoke everywhere.

“I have gone to the hospitals the injured victims were taken to but could not find him. I have also been to the mortuary; the workers said the bodies brought from the scene were badly burnt. Even if he is dead, I want to see his corpse.”

A man, Tunde Alimi, said that he and some of his colleagues at work visited the Mainland Hospital on Friday to claim the body of one of their friends, who died in the fire but were turned back by officials. 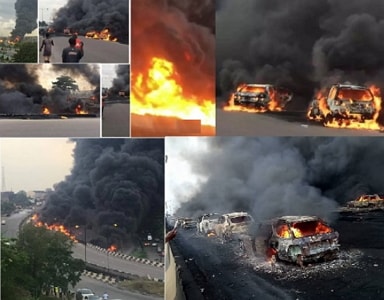 Dr. Idris said that DNA would be conducted on the bodies.

“It has to be by DNA analysis. The arrangements for that are being sorted out.”