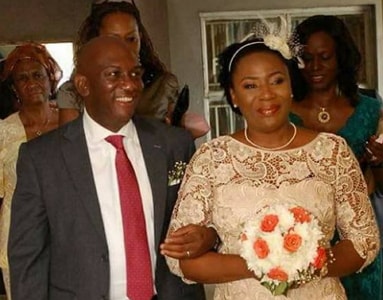 An High Court in Lagos on Monday ordered that a lawyer, Udeme Otike-Odibe, be remanded in prison following her arraignment for allegedly killing her husband and mutilating his body.

Otike-Odibe, 47, was slammed with a two-count charge of murder and tampering with a body, contrary to Sections 223 and 165(b) of the Criminal Law of Lagos State, 2015.

The offences are punishable by death and five years imprisonment.

The court heard that the incident occurred on May 3, at the couple’s diamond Estate, Sangotedo, Ajah, Lagos home during a quarrel.

The prosecutor said the offences contravened Sections 223 and 165 (b) of the Criminal Law of Lagos State, 2015.

The accused first appeared before a Yaba Magistrates’ Court and was remanded in prison pending advice by the Director of Public Prosecutions (DPP).

The defendant’s arraignment followed the DPP’s May 21 report which indicted her for murder.

The deceased, who hailed from Kwale in Delta State, was also a lawyer. He married Udeme from Akwa Ibom State, three years ago. They have no children.