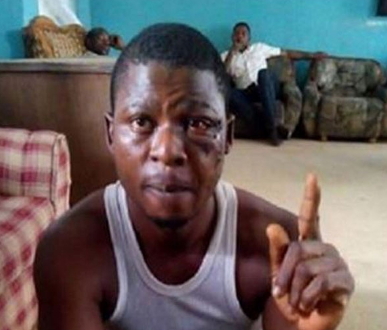 An undergraduate of Lead City University in Ibadan has been sentenced to death by hanging for stabbing his fellow student to death at the toll gate area of Ibadan Oyo state on Sunday, the 12th of January 2014.

The convict, Moshood Owolabi was said to have stabbed one Seun Kolawole to death while they were arguing.

On Wednesday, Justice Adegoye Golagunte sentenced Owolabi to death by hanging so as to deter others from committing the same offence.

He urged parents to always teach their children in the way of God to prevent them from misbehaving when they leave home.

Owolabi was a 200 level student of the Physical and Health Education Department at LCU when he committed the offence while returning to school after a mid-term break.