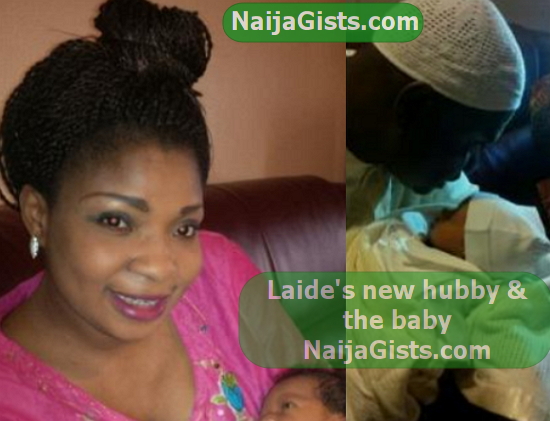 Amidst raging controversies, Nollywood actress Laide Bakare who gave birth in the United States Of America few days ago and her new husband, Tunde Orilowo have christened their baby boy.

We learnt the baby naming ceremony took place in Nigeria and the US today. 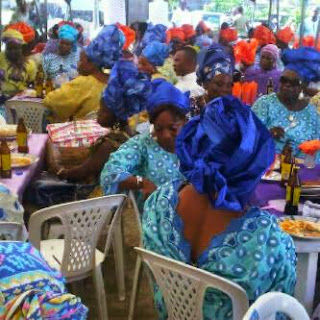 Despite claim of baby fathership (Lol) by her ex-husband, Laide Bakare has named her baby after her new man.

The baby was named Oluwadamilare Mishal Orilowo few hours ago.

The actress was quoted to have told close friends that she can’t thank family members and friends enough.

“Aliamdulilai, Nigerians, thanks for your love. America faji,” Laide was quoted to have said.

It seems the actress is serious about her new relationship.

The actress is yet to reply her ex, a US-based man named Olumide Okufulire who sponsored her to America.

Laide’s ex-hubby said he is the father of her newborn baby and that he has proofs to claim him.