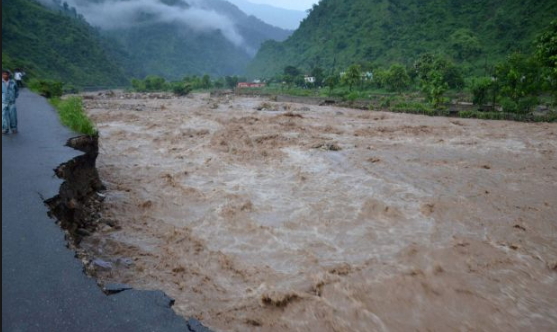 At least 39 people were killed in Nepal in landslides and flooding caused by heavy rain, authorities said on Wednesday.

The district authorities said that the heaviest casualties occurred in the Pyuthan district in central Nepal, where 15 bodies were recovered from areas affected by landslides.

The Nepalese Home Ministry has said the death toll will rise.
Report says Monsoon in Nepal, which lasts from July to September, causes disasters in the form of landslides and flooding every year.

Nepal’s mountains have been particularly brittle recently and more prone to landslides after heavy rainfall due to the earthquake of 2015.

Continue Reading
You may also like...
Related Topics:landslide, nepal