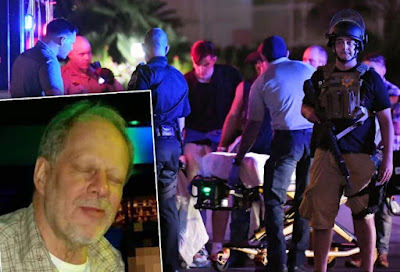 Las Vega Police command has confirmed that the shooting in the Mandalay Bay Resort and Casino is the deadliest in American history.

The death toll of the massacre has risen to 59 people and 515 are injured after a gunman, Stephen Paddocks started firing at festival goers at the Route 91 Harvest Festival.

The event was the Route 91 Harvest Festival, a three-day country music event.
The Festival was held at the Las Vegas Village and Festival Grounds, run by MGM Resorts.
It happened at the Mandalay Bay Resort and Casino.

The gunman fired from a Las Vegas hotel.

Country singer Jason Aldean was performing, when the shooting started.
He has reacted to the shooting, asking that “People should pray for Las Vegas”
Several SWAT teams were sent to the hotel immediately after the first reports of the shooting at 10:08 p.m.
One off-duty officer has been reported to died in the wake of the shooting.
Shortly before midnight the Las Vegas Metropolitan Police Department reported that “one suspect is down,”.
He was neutralised in a hotel room on the 32nd floor of the Mandalay Bay Hotel.
Police believes he killed himself prior to their entry.
Police found a cache of weapons, including 10 rifles.
The gunman was identified as Stephen Paddock, 64 from Nevada.

The gunman’s brother, Eric Paddock, said he was stunned to learn Stephen was responsible for the mass shooting. 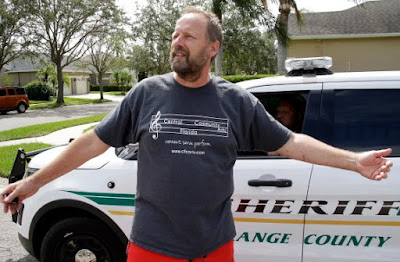 Saidi & Faithia Balogun Put Bitter Past Behind
Monday Inspiration: Never Allow Fear To Force You To Give Up On Your Goal