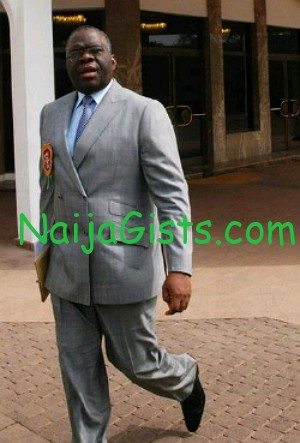 Former Nigeria’s NSA, General Andrew Azazi who died in a tragic chopper crash alongside Kaduna state Governor Yakowa on the 15th of December 2012 will not be buried in his hometown of Perentoro-Gbene. naijagists.com

Late General Azazi is set to be buried at a park in Yenagoa, Bayelsa State as a hero.

According to Bayelsa state Governor Dickson, the late general would be buried in a proposed burial site to be named Heroes Park because he was a hero.

Dickson said on Thursday that the park will henceforth be the final resting place for all heroes and legends of the state.

“It will also serve as a constant reminder of those that gave their all to the service of the state and nation at various times and a source of inspiration to Bayelsans, both present and in the future,” he said.