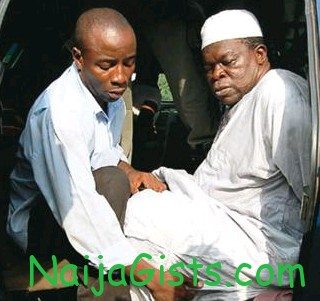 Oyo State Police Command has arrested Alhaji Lateef Akinsola, a factional leader of the state’s National Union of Road Transport Workers ( NURTW). His arrest was made public in Ibadan yesterday in a release issued by the Deputy Commissioner of Police in the state, Clement Adoda.

Adoda said Akinsola, popularly known as ‘Tokyo,’ was undergoing interrogation in respect of pending criminal cases against him and for which he was declared wanted by the police. He added that the outcome of the investigation would determine subsequent actions to be taken by the police.

Adoda, however, said there was no need for residents of the state to be apprehensive following the arrest of Akinsola. “People are advised to go about their lawful businesses without any fear of molestation,” he stated. The police boss, in addition, warned disgruntled elements who might want to foment trouble or cause public disorder to think twice about their planned actions.

“The command is combat ready to deal with such a situation and any troublemaker caught would be made to face the full wrath of the law. “The interest of Oyo State takes precedence over any other consideration,” Adoda said. (NAN)