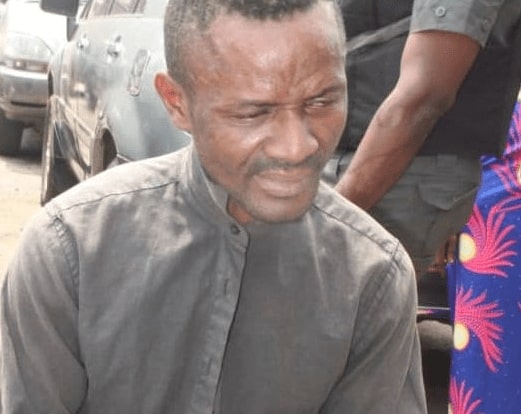 Lagos Police command has cracked a homosexual ring that has been recruiting young boys for the unholy act of sodomy in Lekki, even as two prominent pastors and business executives have been declared wanted by the police for allegedly having carnal knowledge of a minor and belonging to the group.

The leader of the gang and one of his accomplices, a 16-year-old, are presently undergoing interrogation at the Lagos State Police Command headquarters, Ikeja.

Medical report has shown that the minor was allegedly infected with the human immunodeficiency virus (HIV) by Prince, who also tested positive to it.

It was alleged that Prince, 32, had been using the 16-year-old for business as a male prostitute, as he was sleeping with him and hiring him to other customers. A police source said Prince would be used to round up other people involved in the homosexual ring.

Parading the suspects, the Lagos State Commissioner of Police, Imohini Edgal, said on January 22, in the Ejigbo area of the state, a 16-year-old boy was seen sneaking out of the house of Prince in a rather suspicious manner.

Edgal said curious neighbours accosted him and asked what he had gone to Prince’s house to do.

Edgal said that the boy could not give satisfactory answers to the neighbours’ probe and they asked him to open the plastic bag in his possession.

According to Edgal, the bag contain freshly used condoms filled with semen.

“At that point, the boy revealed that Prince was his lover and has been having sex with him. The matter was immediately reported to the police at Ejigbo Police Station and the said Prince was arrested for interrogation. After preliminary investigation, the matter was called for further enquiry by the Gender Section of the command.

“The suspects and the survivor were taken for medical examination and the result revealed that the survivor has long been introduced to homosexual act. The worst is that both of them are infected with HIV, which causes AIDS,” he added.

Edgal further disclosed that the suspects would be charged to the Sexual and Special Offences Court in Ikeja and that the boy had been sent to health counsellors for health talk on how to manage the situation.

Edgal also paraded some robbery suspects, led by Azeez, aka School Boy, who the police said killed a female victim, Mrs. Akinbi Modupe Catherine, in the Iju area of the state on New Year Day.

Akanbi was shot dead while she was pleading with the gang not to kill her husband. ‘School Boy told the police that he fired the woman by mistake.

“I was not supposed to kill that woman because she was pleading that her husband was sick. She died in place of her husband. It was the husband that deserved death,” he said.