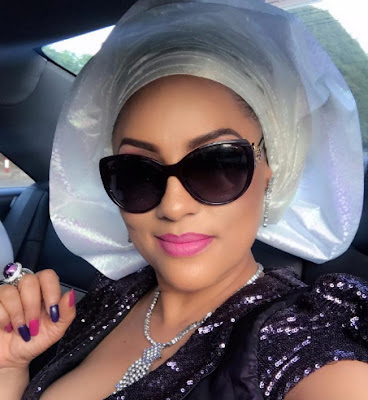 January 6, 2018 – Lilian Bola Bach: The Day A Male Fan Lifted Me On The Street Of London

Lilian Bach: I Was Born To A Yoruba Mother From Lagos And Polish Father Now Deceased

The  half-caste thespian born to Nigerian and Polish parents has featured in movies lke Elebolo, Outcast, Married to Witch and many others.

In this interview with Lanre Odukoya, the beautiful actress reacts to issues affecting the movie industry.

Many people still speak fondly of the movie, “Married to a Witch” which you starred in…

Do you know after that movie came out, I was asked so many times if I was a witch or if I had been possessed by evil spirits before? 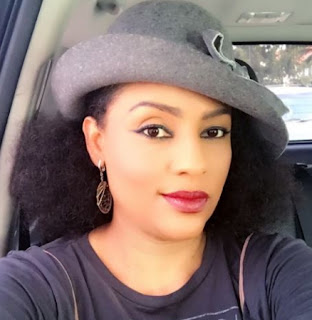 And what do you say to that?

I didn’t have to be a witch to play a witch.

Was there any other backlash after the role you played in the movie?

No, there wasn’t. Interestingly, people liked it, they liked the way I interpreted the role. I got good reviews instead.

I wasn’t totally off the scene. Though some other business caught my attention, every once in a while, I would do a film or two. For instance, in 2015, I featured in One Good Man. The movie was premiered in 2016. I became a producer too. Of course, sometimes it is necessary to take a back seat and watch. The issue of piracy played a role in my decision. You don’t want to put your money in a project where you’re not sure of return after investment. Sometimes you have to be mellow and wait for the right opportunities and avenues to market your movie without falling into the hands of pirates.

Are you back because those avenues are in place or do you have any ideas?

Yes. Now, we have the online platforms. You hardly see movies on DVD anymore because producers are afraid that once their movies get into DVD they easily get into the hands of pirates, and that is bad business.

They make all the money and producers go broke. Secondly, the cinema is another avenue. A lot of producers do cinematic films because they can easily recoup their money without exposing their movies to piracy. Then there is the DVD. This is for now the third avenue. But this depends on the producer, most don’t, others do it when all debts have been cleared and they have nothing to lose.

Aside acting and producing, what other areas are you looking to delve into in the future?

First, I haven’t really done much as a producer, so I should like to say that I want to get to the level where my movies get international recognitions. I want my movies to conveniently compete with movies done at home and abroad.

Do you have any movie project you are working on?

It is not a movie this time, it is a soap opera. And we are going to be shooting this month.

Do you have a working title?

Yes. It is tentatively called, The Baby Mamas. That is the new challenge for me.

Would it be benefiting from a personal experience?

No. I am not a baby mama, but it is based on experiences of people around me, people I have seen. The series will be unearthing the reason people become baby mamas and daddies. So, it is a collection of real people’s experiences. 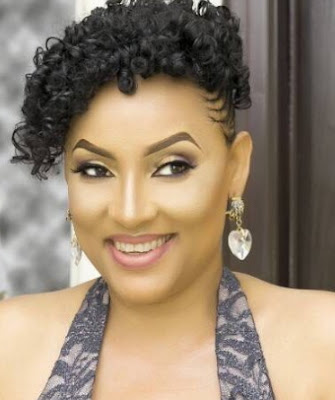 Why do people become baby mamas?

People become baby mamas for different reasons. Sometimes, it is because of circumstances and forces against which they had absolutely no power. Some plan it, others fall into it innocently.

What would you say is the reason for the many baby mamas and daddies in the entertainment industry?

The industry has advanced. The advent of the internet and social media is one. Fans now interact with their celebrity crushes more. The stars hardly have peaceful marriages any more. They can’t even date peacefully. Some female fans want to be identified with male celebrity crushes. A male superstar, who is going out on an ordinary date, probably may not have plans to become a father afterwards.

But then he gets to sleep with this female fan the next thing is a child. And I am being careful so that I don’t let the cat out of the bag, but you are going to see all that in the soap. We will highlight all the grim truth about being a baby mama or daddy.

Since it’s even largely propagated by the social media, do you have any advice to young people concerning this?

Yes. I tell people to practice safe sex. If you are not married and you cannot abstain from sex, make it safe, so you don’t end up being a baby daddy, except it is your choice. But remember that you may have to bear the sole responsibility of taking care of that child. You don’t want to bring a child into the world to suffer just because of your stupid decisions. There are a lot of things to think about. I am not condemning anybody because I know that circumstances can lead to unprotected sex. Nevertheless, the truth is good for us all.

Do you have a beauty regimen?

First, I try to lead a healthy lifestyle. I don’t eat just anything. I believe what goes in radiates outside.

I keep away from unhealthy food. I take a lot of rest. I listen to my body. When my body tells me to rest, I rest, some sleep maybe. I pay attention to my body always. And for my skin, I don’t use harsh products. I treat my skin very tenderly. I moisturise regularly with very mild and organic products.

Have you ever had any embarrassing moment with a fan?

I’ve had a lot. I can’t count how many. Generally, some fans want a piece of you. What I mean is they just want to sit beside you, hold you, you know, have a feel of you, not that they want anything else. I have had one or two come to hug me on the road. This had happened a number of times in London. A guy once lifted me surprisingly into the air on the street. I was so embarrassed. He apologised, of course. He told me he didn’t expect to see me on a street in London. I was afraid. What if he had lifted me and I suddenly landed on my back and had my spinal cord broken?

You now wear a golden tooth. Have you been to Mecca?

No. it is just a fashion thing. It was done in Hamburg, Germany.

What are your typecast roles and how to you feel when you get them?

That would depend on the producer or director; being a beautiful lady, they think the role that suits you is being a seductress or a prostitute or a woman trying to snatch another woman’s husband. It can be frustrating. I experience it almost all the time.

And because of that, other directors don’t know you can do far more than being a seductress. I acted the witch well. They don’t know that this beautiful woman can also be a nutcase. She can act crazy or even calm roles like that of a doctor. It is not all the time you see a beautiful face that you think of a seductive role.

You were in some Yoruba movies as well. How was the experience?

It was very easy because I am Yoruba. I speak Yoruba.

How would you rate your fluency in Yoruba?

My mum is from Isale Eko. I don’t speak the core Yoruba, but my fluency in Yoruba is sufficient for people to understand me.

The actress was born to a Nigerian mother(Yoruba, Mrs Lati Bach nee Kazeem) and a polish father who died of stroke when she (Lilian Bach) was 10.