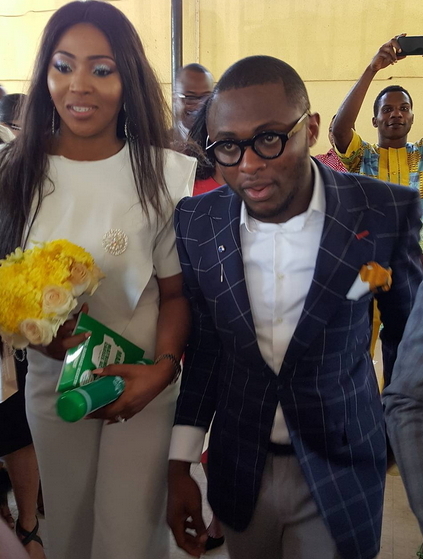 The back and forth push between media houses in Nigeria and star actress Lilian Esoro’s marriage has come to a conclusive end.

We can now confirm with you that the marriage contracted on the 1st of November 2015 has crashed.

A reliable entertainment insider NaijaGists.com talked to this afternoon said the couple started having issues the second month they moved in together.

The problem started when Lilian Esoro claimed that she wasn’t in love with Ubi Franklin and that she didn’t know why she kept going back to him.

To cut the long story short, the source said Esoro family members engaged in serious prayers and fasting for her deliverance as most of them even believe their daughter is not compatible with the Label record owner.

NG was told that the moment the love potion spell broke, Lilian Esoro immediately fell out of love for Ubi Franklin and that was when she moved out of his home.

As we speak, Miss Esoro has reverted to her maiden name as Ubi Franklin took to the social media to tell fans that he didn’t lose since the marriage already produced a boy that resembles him.

When Miss Esoro was contacted, she blamed infidelity and abuse for her marriage crash. She however refused to acknowledge that Ubi Franklin used love potion on her as she laughed off the allegation.