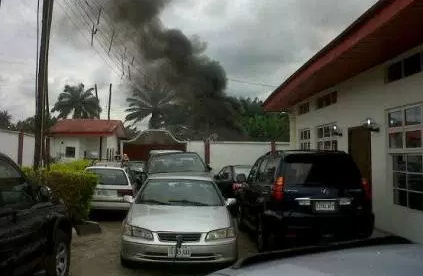 Speaking with our reporter yesterday, a prominent leader in the community who spoke in confidence, said the octogenarian was in the town to resolve an issue.

“Chief Oshevire was last seen alive on Friday night after he retired for the night. He resided in London but came home on the invitation of the Kokori Council of Chiefs about some issues, especially a case he instituted against some of his kinsmen in London.

“The leaders of Kokori invited him to come home so that the issue, which bothers on some financial transactions, could be resolved amicably.”

He said the police had arrested one suspect.

Aniamaka told our reporter on telephone that the victim was found by his nephew, Donald Oshevire.

“He (Donald) said blood was coming out of the victim’s mouth and there were signs that the room had been ransacked,” the police spokesman added.

It was gathered that the issues for which Oshevire was invited could not be resolved as the key players in the conflict did not turn up.

The source said: “A meeting was fixed for December 5 but the others did not show up. It was while waiting for further development he was mysterious killed last night (Saturday).

“His body has been deposited by the police at a mortuary in Kokori. But as we speak, arrangements are being made to transfer his remains to another morgue outside the area.”

It was gathered that the circumstance surrounding his death angered his clan, who are alleging foul plays.