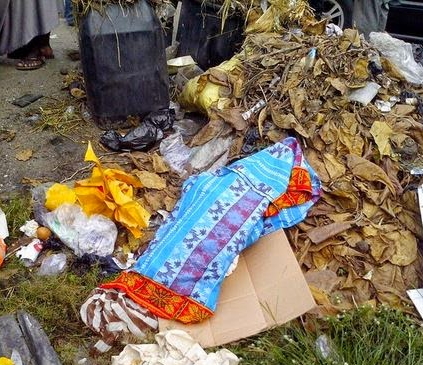 A baby abandoned at a refuse site in Bauchi has died.

The baby said to a newborn was placed inside a black polythene bag alive and dumped at a refuse dump located in Gwallameji area of Bauchi.

Sadly, the cry of the baby girl caught the attention of everyone when a dog started feasting on her placenta but before people could rescue her, the dog had killed her.

Onlookers immediately dug a pit besides the refuse dump and buried her remains before informing a traditional chief in the area.

Here is what a witness who identified himself as Isaiah said about the tragedy: