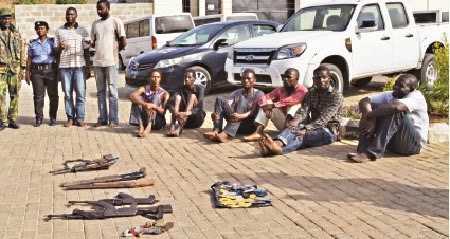 A London based business mogul who recently invested in Nigeria’s oil sector was kidnapped last week while inspecting her new petrol station at Elemoro area of Ibeju Lekki Lagos.

60-year-old Kuburat Adeboye was taken to an unknown location by her kidnappers who later demanded a N50  million ransom but after negotiation, the amount was reduced to N3 million.

The kidnappers were caught by SARS while trying to collect the ransom in Epe.

The kidnappers, who were not aware that some undercover policemen were trailing them came to collect the ransom and one of them who wanted to collect it, was shot and killed by the police. The police arrested the suspect who managed to take them to a bush between Epe and Ijebu-Ode where the gang kept the old woman.