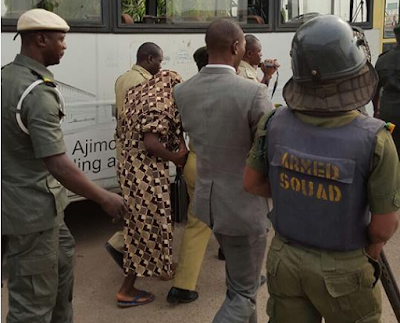 The hearing in the trial of the former staff of the Ministry of Justice, Oyo State, Yewande Oyediran, who allegedly murdered her husband, Lowo, on February 2, 2016 at Akobo, Ibadan, was Wednesday stalled following absence of two witnesses expected to testify in the matter.

The two prosecution witnesses: Chief John Adelodun Akinpelu and Mrs Esther Akinpelu, were landlord and landlady to late Lowo and Yewande at their former Akobo residence. They decided not to come and testify because a sum of N500,000 they had requested from the prosecution counsel: Sanyo Akinyele, to cover their past and future transport expenses, had not been paid them.

The demand made via a letter to the counsel and which was transmitted to the court, however, drew the ire of the Judge, Mukthar Abimbola, who said that a witness has no right to dictate to the court the condition in which he can attend the court to testify, more so when he is served with witness summons.

UNIBEN Graduate Arrested For Drug Trafficking In Singapore In 2008 For Execution On November 18
Photo: Methodist Church Reverend Biodun Ogunbekun Kidnapped On His Farm In Ibadan