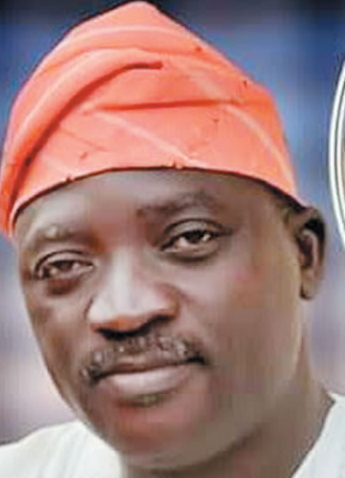 5 gunmen on Thursday evening kidnapped a reverend of the Methodist Church of Nigeria, Akobo-Ojurin, Diocese of Agodi, Ibadan, Dr. Biodun Ogunbekun, and his whereabouts remained unknown by his adherents as at the time of filing this story.

The gunmen according to reports gathered by Now Telegraph, traced Ogunbekun to his farm at Kufi area along Olounda-Aba road, Ibadan and whisked him away into a nearby bush.

According to Diocesan Bishop of the Cathedral, Rt. Rev. Amos Ajiboye, in a statement he issued yesterday, said Ogunbekun was kidnapped around 7.pm on Thursday as he was about leaving his farm.

He said: “The whereabouts of the minister of God is still unknown. On behalf of the Prelate of the church, His Eminence, Dr. K. Uche, and the Archbishop of Ibadan, Most Rev. M.K. Stephen, I appeal to the Oyo State Governor Abiola Ajimobi, the state Commissioner of Police and other security agencies to please assist in finding the whereabouts of the minister of God and help release him unhurt.”

While narrating the account of the kidnap, Ajiboye said Ogunbekun was in the farm with two of his staff and that when he was to leave the farm, a gunman forced his way in as the gate was opened.

Four other gunmen also appeared and whisked away Ogunbekun into the surrounding bush on foot. “We were told that the kidnappers did not come with any vehicle or motorcycle.

They tried to take the man of God away in his truck but they could not for some reason. They then decided to whisk him away on foot. We have alerted the police and they had visited the farm”, he said.